Selected Locations in this

In this Phase One, a total of 13 municipalities presented their proposals for topics and locations. Among the candidatures received, the jury selected: 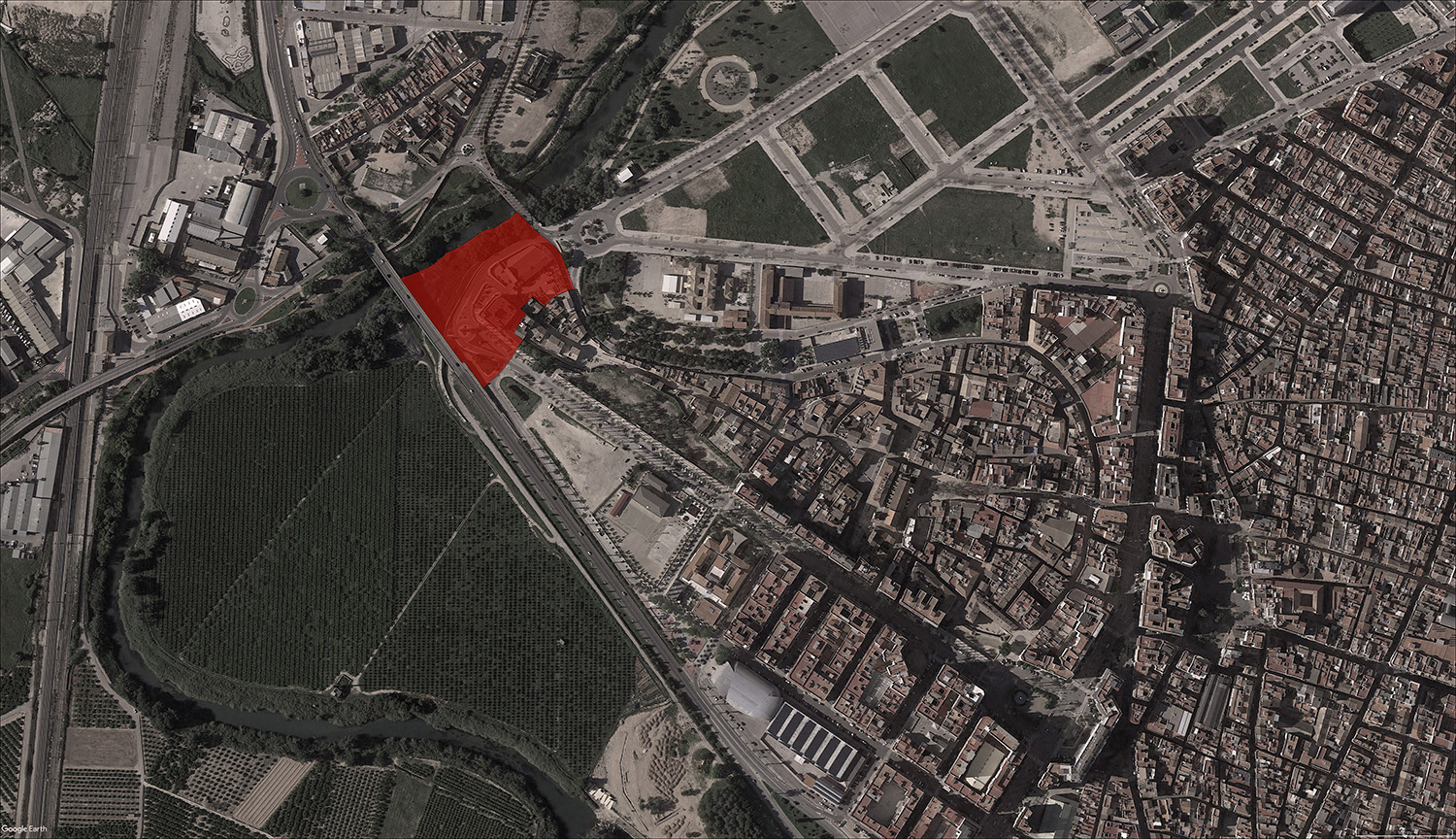 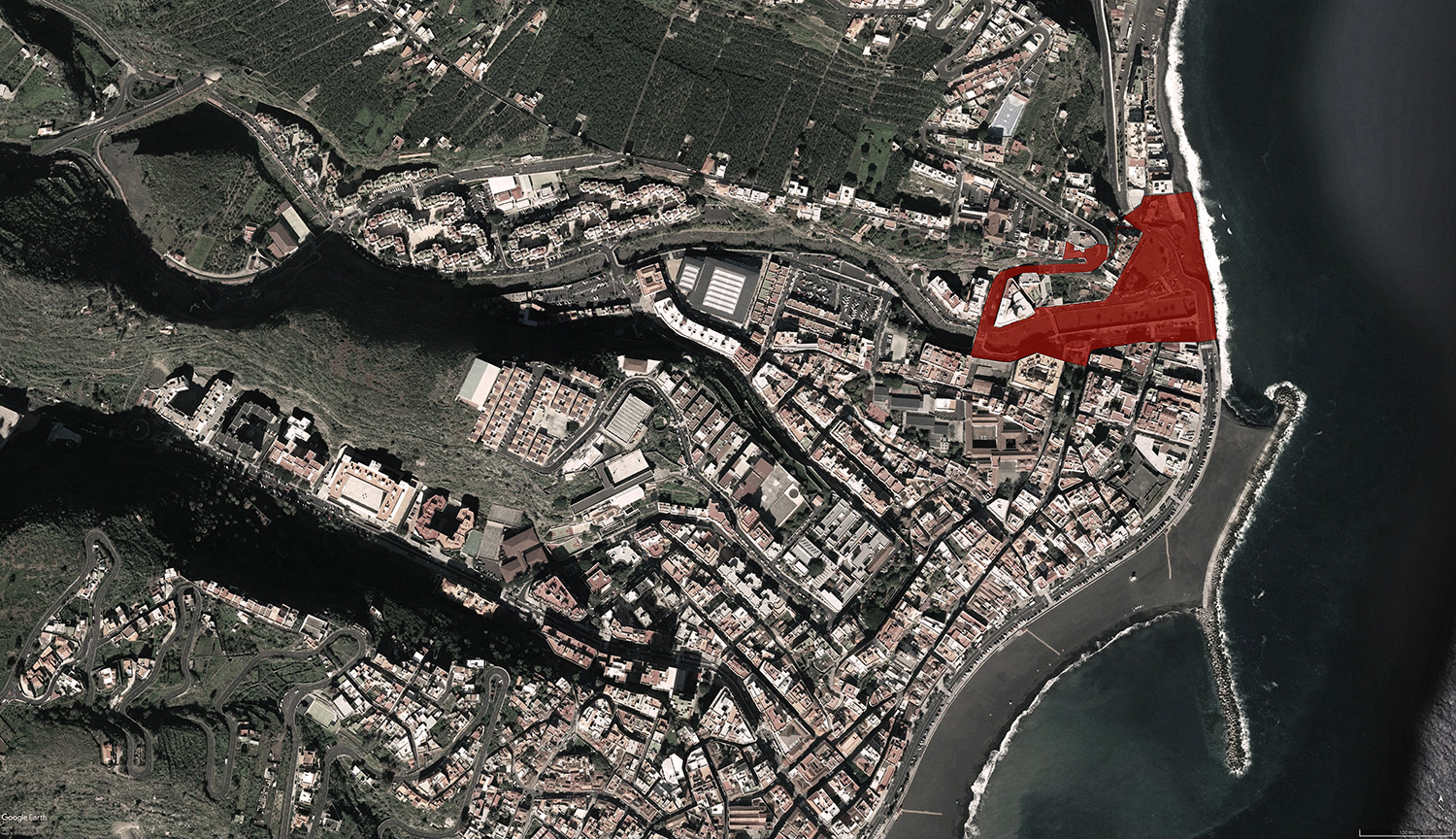 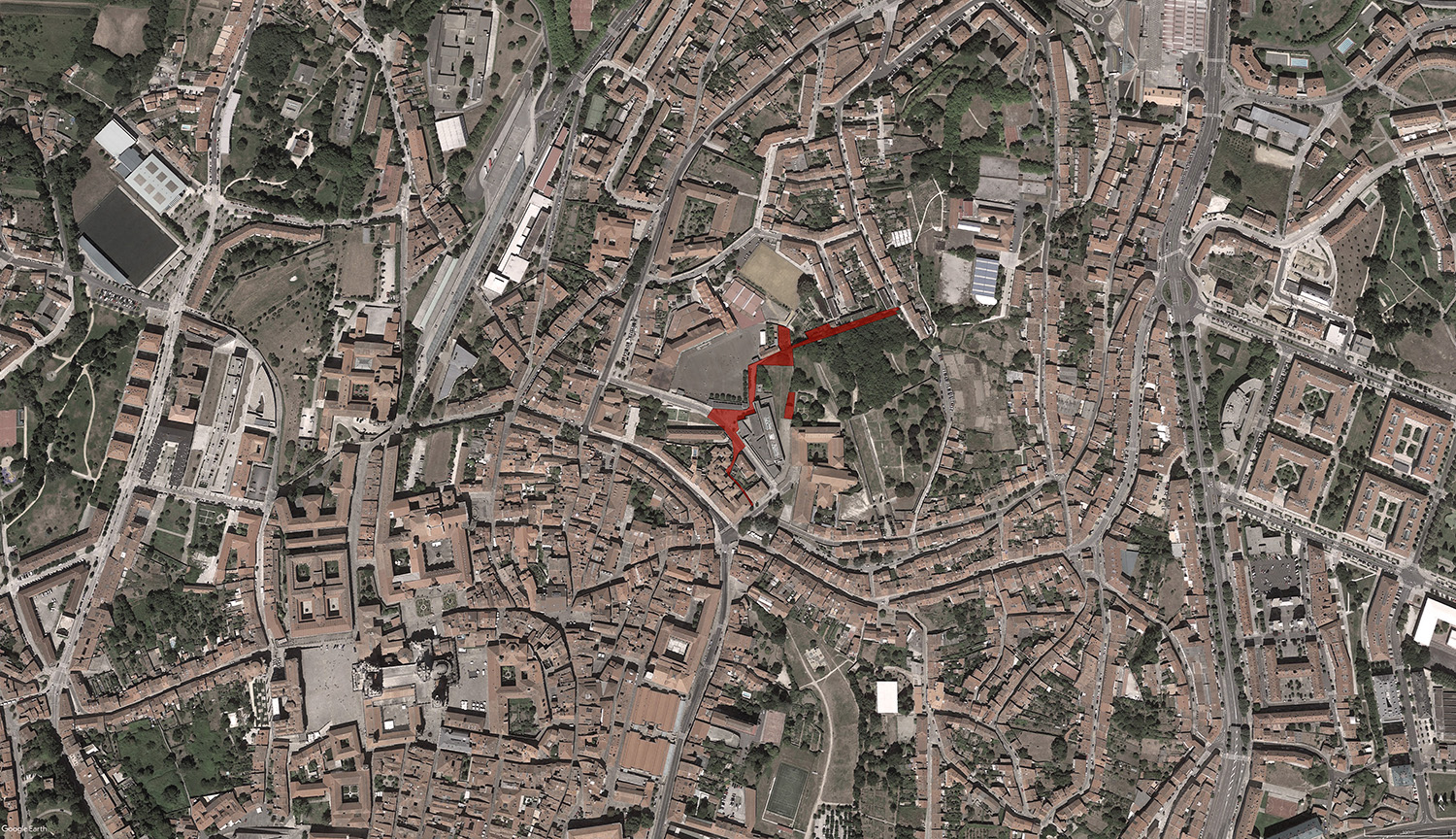 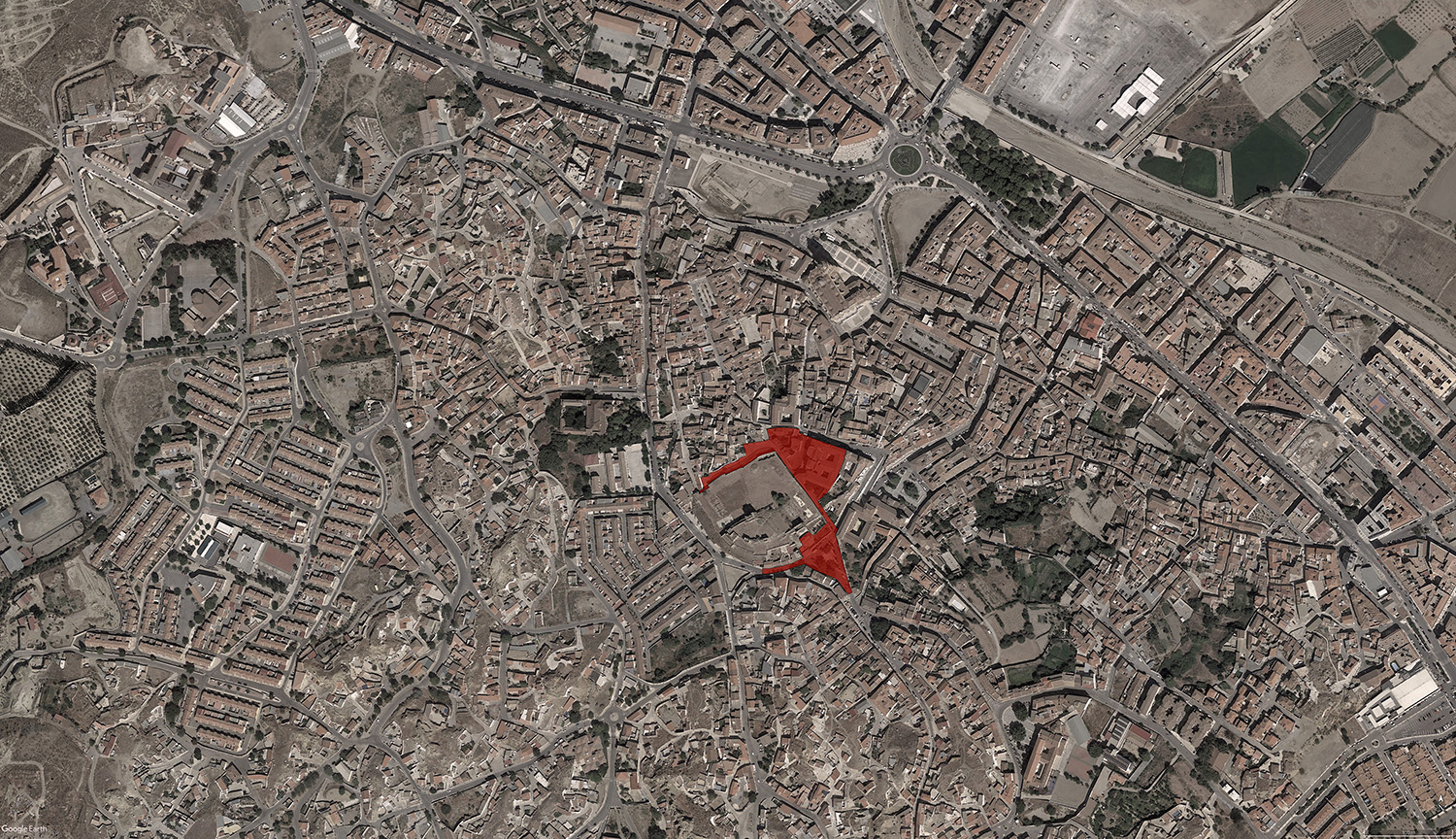 Documents of the LOT 1 - Alzira, Valencia

The municipality of Alzira has been selected by the Jury of the Competition because of its proposal to retrieve the architectural and urban identity of the historic centre of the city, more specifically, the western front of “La Vila”. To this aim, it is suggested that the key to success lies within the retrieval of the former urban fabric of the area and the enhancement of the Almohad fortress, of the remains of what once was the temple of Santa María and the lost Bridge of Sant Gregori. Redefining the historic character of this area – which today is extremely blurred – would mean an important step towards restoring part of the heritage value of the complex, since this elevation is the most visible one within the surrounding landscape and the least obstructed by the existence of later constructions built outside the wall.
Find out more about the proposal of Alzira 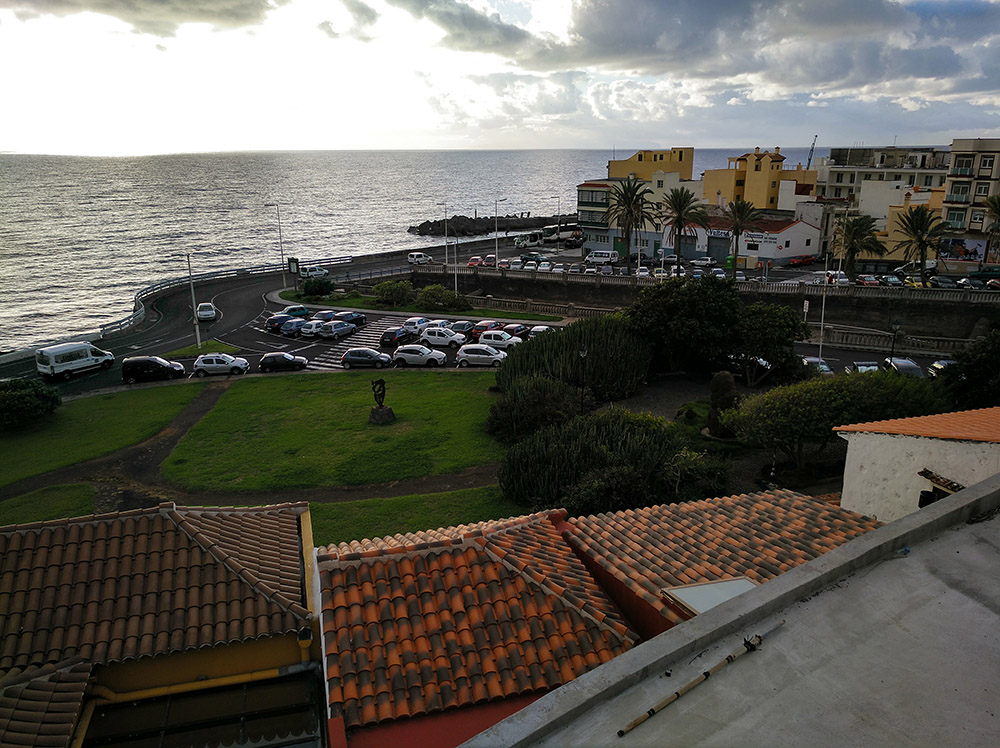 Santa Cruz de La Palma was selected by the Jury because of the proposal behind which included a series of actions aimed at improving the surroundings of the Plaza de San Fernando, the former northern gateway to the city and the Castle of Santa Cruz del Barrio del Cabo, as well as its connection with the northern part of the main axis of the capital city of La Palma: the Alameda, an area of great symbolic importance to the entire island. This proposal is brought forward at a time when the Island Council has given approval to a project which is to cover the end part of the Barranco de las Nieves. This will allow to take advantage of the new platform, created as a new public space, reintegrating within the central nucleus of the city those spaces located at the north end of it. The ultimate aim is to retrieve the historic nature of the former northern access to the urban fabric, reorganizing the public spaces of the area, conveying a new image via a new façade to the built elements located at the north end of this area, and lastly, to give way to creating a new centre of attraction with the construction of a new museum space.
Find out more about the proposal of Santa Cruz de la Palma

The municipality of Santiago de Compostela has been selected by the Jury of the Competition because of its aim to rehabilitate a part of its historic city centre which today is underutilised, not very accessible and badly connected to the rest of the urban fabric. This area back in the days, held a series of detached houses which would adapt to the topography all along the Rua de Caramoniña. The walls of these houses are still preserved along with a series of terraced back yards, recently retrieved and incorporated as part of the network of public spaces. The idea is to retrieve the existing constructions to destine them to temporary lodgement for students and artists, as well as connecting this area with its adjacent park of Santo Domingo de Bonaval, which today does not open towards this road. Within this park, the actions to be taken can involve both an adjacent construction to the northern wall of the park – of which only the bearing structure remains – as well as a building owned by the town council – located right next to the current Galician Contemporary Arts Centre – which today is only used as a storage area. Both these last spaces which have been mentioned, may be destined for complementary uses to those of the rehabilitated dwellings such as workshops for artists or other workspaces.
Find out more about the proposal of Santiago de Compostela

Even though this proposal was included within the previous call for entries of the Competition, it has been exceptionally accepted that the proposal of the Town Council of Guadix is included again this year, since last year the prize for this municipality remained un-awarded because the presented proposals did not seem to be entirely appropriate for this location. The aim of this intervention is to retrieve and enhance the complex which is set at the top of the city. The proposal includes a new treatment of the surrounding public spaces around the former Citadel, some of which are currently very degraded and underused, the reconstruction of the houses in a current state of ruin which can be found in its northern front and the revitalization of the former adjacent Palacio de los Saavedra, which could be transformed and used by the accommodation sector. These interventions will enable the enhancement of the urban scene and will contribute to the conservation of the existing heritage and to revitalize the complex which constitutes one of the main historic and landscape landmarks of the city with which many people from the area feel a deep connection to.
Find out more about the proposal of Guadix
Esta página utiliza cookies para mejorar la experiencia del usuario. Entendemos que estás de acuerdo con su uso, puedes consultar la política de cookiesaquí. Acepto
Política de Cookies

This website uses cookies to improve your experience while you navigate through the website. Out of these, the cookies that are categorized as necessary are stored on your browser as they are essential for the working of basic functionalities of the website. We also use third-party cookies that help us analyze and understand how you use this website. These cookies will be stored in your browser only with your consent. You also have the option to opt-out of these cookies. But opting out of some of these cookies may affect your browsing experience.
Necessary Always Enabled

Any cookies that may not be particularly necessary for the website to function and is used specifically to collect user personal data via analytics, ads, other embedded contents are termed as non-necessary cookies. It is mandatory to procure user consent prior to running these cookies on your website.