The jury decided to leave this prize without it being awarded to any proposal, in accordance with the section 15.3 of the competition guidelines, since the jury believed none of the presented proposals responded in a satisfactory way to the entire set of objectives which aimed to be achieved for this location.

However, since the jury found notable qualities in several of the projects which were put forward, they decided to award an honourable mention ex aequo to two of them.

The proposal with title Artillero correspond to the team made up by Javier de Mingo García and Carmen Bueno García and their collaborator Nuria González Roche. 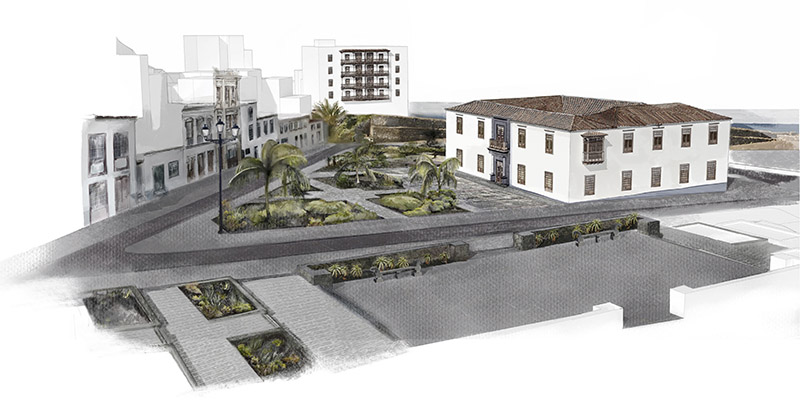 The project was highlighted for its excellent proposal for the building which would hold the museum, based on the architectural tradition of the island. 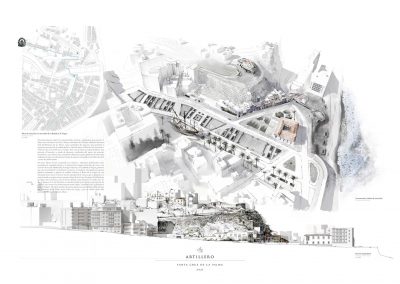 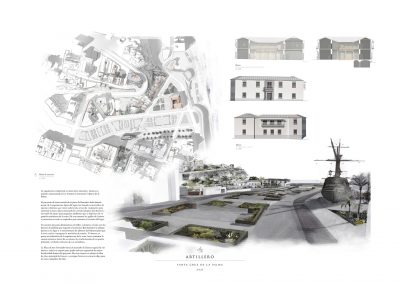 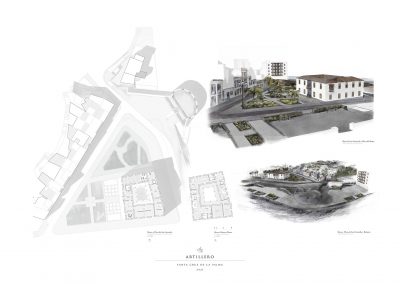 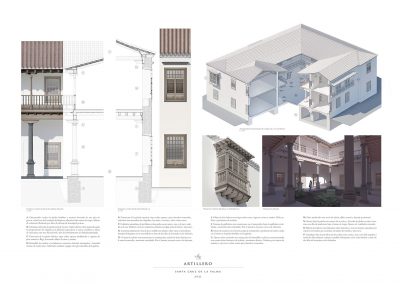