Vejer de la Frontera has been chosen for its attempt to give a satisfactory solution to one of the greatest problems of our traditional town centers: how to grow without losing the essence of their nature or, in this case, to provide an architectural and landscaping solution to the whole western edge of the town. Special consideration has been given to the fact that, contrary to the other selected towns, it does not seek to repair or improve, but to develop a new extension of the existing urban fabric, in line with the architectural qualities that have made Vejer an attractive tourist destination. The jury has considered this touristic success, since one of the main threats for the conservation of our landscaping and urban heritage is precisely the poor management of the pressures of tourism.

The urban centre of Vejer de la Frontera is located in Cádiz on a promontory overlooking the Atlantic coast and gazing toward the African continent on the other side of the Strait of Gibraltar.

From the outset, this city had to adapt to being situated on a slope, with tight, irregular-shaped blocks with scant depth and main streets that hew to the sloping curves, trying to adapt themselves to the topography.

The ancient town centre is located on the northernmost hill, surrounded by a wall with a castle at its crest. This historic district and the neighbourhoods around it form the Vejer de la Frontera Historical Ensemble, which was listed in 1976.

The walled area forms an irregular polygon that adapts to the local topography, encapsulating an area of approximately 40,000 square meters. It is flanked by three towers and is punctured by three gates. The castle has a rectangular layout with three turrets; a courtyard of arms, a central patio for the residential building, and a single access gate dating back to the eleventh century.

The city currently has a population of 10,554, 4,603 of whom live outside the city limits, in surrounding rural areas. In addition to this, the city’s many attractions make it one of the region’s top tourist destinations. This has led the urban centre to continue to grow, progressively taking over new elevations.

Both the single-family homes and the multi-family buildings are organised around a central patio connected to the street by a passageway. In the case of multi-family homes, the patio itself provides access to the houses.

The buildings are mainly built with load-bearing walls that are generally built from masonry and which reach a maximum height of two stories at street level, although the height differences may vary greatly inside the buildings.

While there are some ceramic tile roofs, the roofs are mostly flat and, largely walkable, with subtle slopes made in light mud and finished with brick.

Most of the buildings have similar compositions on their façades, characterised by openings of a mainly vertical proportion, and the predominance of the solid mass over the openings in the walls.The walls are always whitewashed. Most of the carpentry is wood painted in red ochre color, and the metalwork and grillwork are in wrought iron and painted black. Andalusian bay windows covered with monteras appear on the ground floor of some houses, although it is more common to see balconies jutting out from the upper floors. 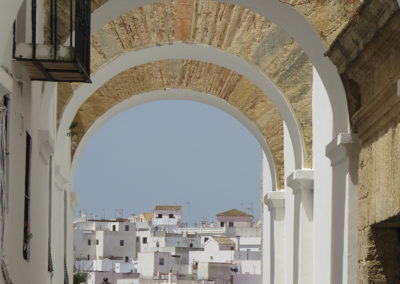 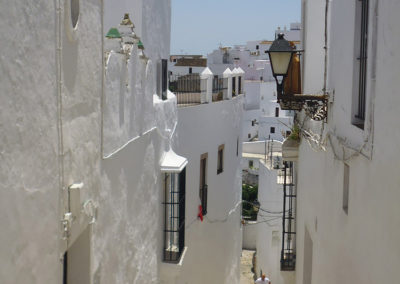 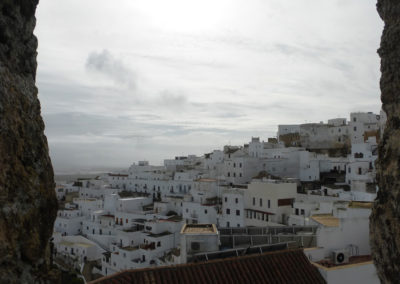 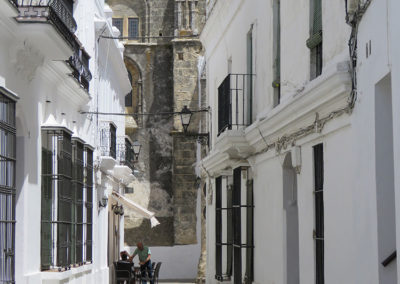 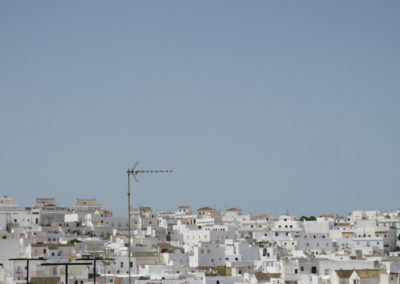 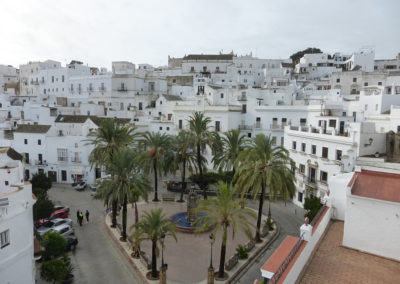 The proposed area of intervention is located at the western boundary of Vejer de la Frontera’s main urban centre. This is an area with excellent visual value because it is at the top of the hill where the town is located, thus making it a promontory from where the entire city can be seen, in addition to it being a landmark from the adjacent areas.

This area also has significant historical and architectural value because the four windmills that are preserved in the town are located on this hill, being part of its industrial heritage, and thus making them symbols of the city.

For this area, the current Master Plan of the city calls for building up to 70 homes and a linear park. Implementing this expansion satisfactorily is crucial for preserving some of the most representative sites of the city.

A good design could also provide this new public park with an appropriate façade from the built area and reorder the heterogeneous buildings currently in the area, thus contributing to the revitalisation of the area.

The new buildings should offer a better solution to the existing urban edge, so that their current role as a rear façade is transformed into a new well-defined façade opening onto the future park. The proper integration of the urban planning, landscaping, aesthetics and functionality will therefore by fundamental. In this regard, special attention will have to be paid to what is done with the windmills inside the area of the intervention, providing a proposal for how they should be used whilst also integrating them into the proposed building ensemble.

The competition also includes a consolidated urban land area that borders the northern entrance to the proposed park. Because of the importance of this environment in weaving the area into the existing fabric, and because of its visibility from the historic district of Vejer, in order for proposals to be successful they must define an architectural and urban planning solution also for this area. 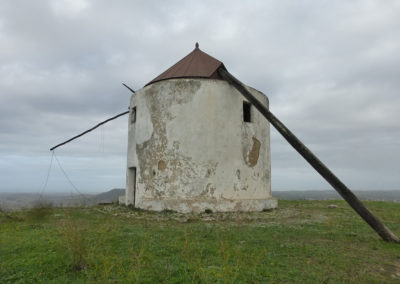 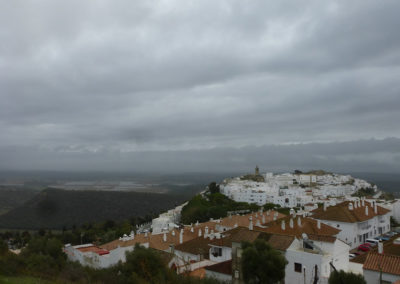 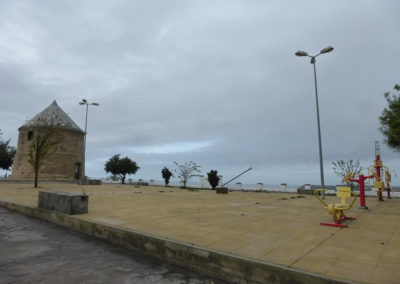 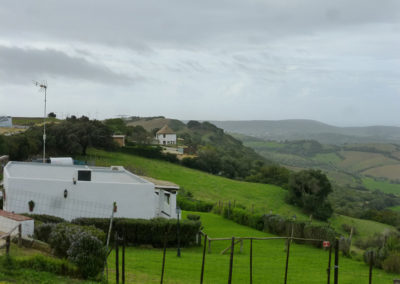 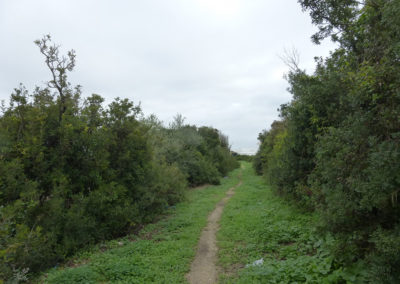 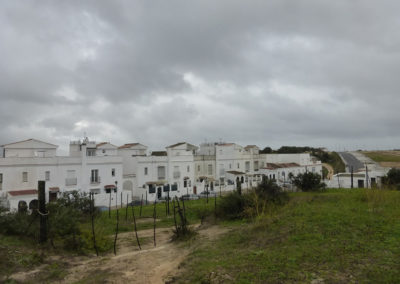 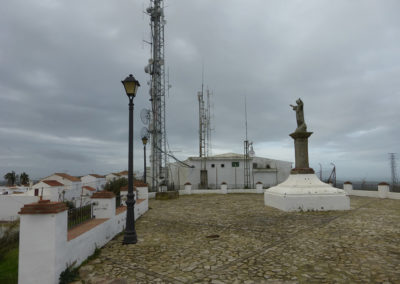 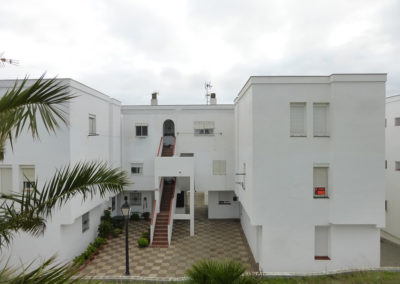