The village of Valpuesta is a locality within the municipality of Berberana set in the Valdegovía valley, which straddles the provinces of Álava and Burgos. Its proposal was chosen by the competition jury for envisaging the restoration of buildings situated in the village’s main public space, between the Velasco tower and the Collegiate Church of Santa María de Valpuesta.

Valpuesta is one of two villages forming the municipality of Berberana in the province of Burgos within the Valdegovía valley, straddling the provinces of Álava and Burgos. It is 45 km from Vitoria (the nearest provincial capital) and 100 km from Burgos.

It is located in the Merindades district where the Castilian meseta, the Ebro valley and the Cantabrian mountains meet, which means that in a small area we find highly different environments in terms of landscape, vegetation, local economy, habitats and architecture. Valpuesta is within the natural park of Montes Obarenes-San Zadornil.
The municipality of Berberana has a total of 60 inhabitants (according to the 2020 census). Its population has much decreased over the past century and a half, as in the mid-19th century it had over 500 inhabitants. 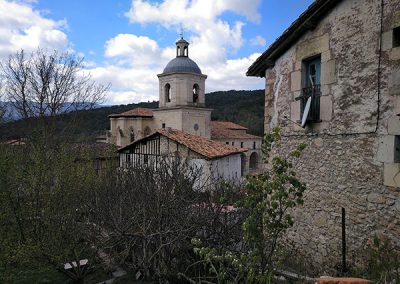 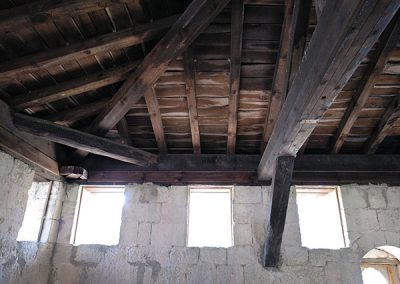 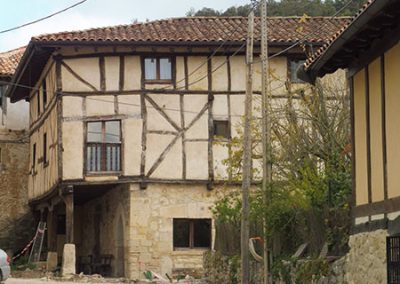 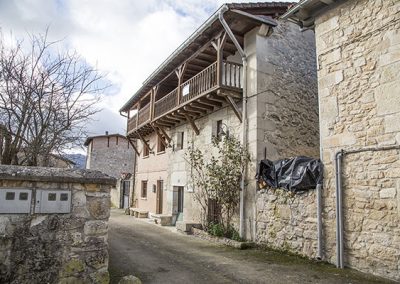 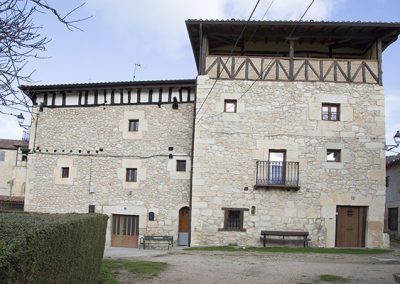 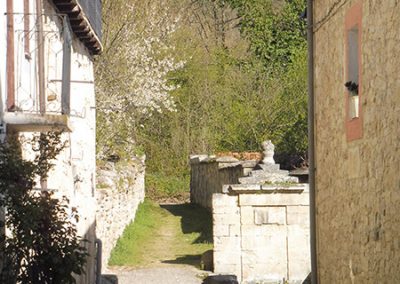 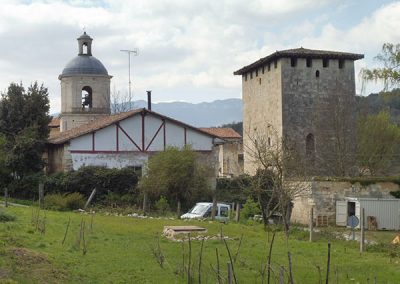 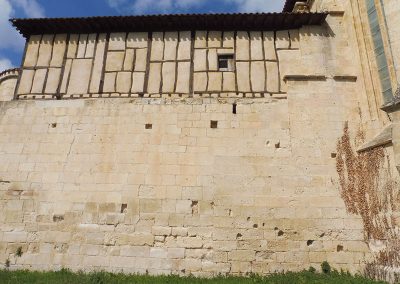 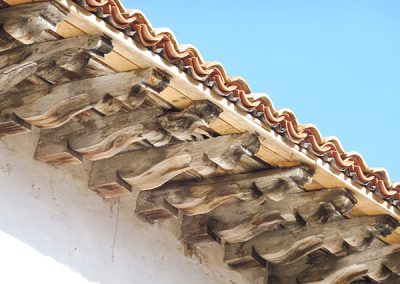 The proposed project is linked to a setting designated as a Cultural Heritage Site (BIC) consisting of the Collegiate Church of Santa María de Valpuesta, the Velasco Tower and the Zaldívar Palace.

It proposed that the Burned House and the Rectory plus the adjacent spaces be restored and refurbished, along with their former gardens and the alley running behind them.

The idea is to turn them into a centre devoted to the study of the Spanish language, in which discipline the Cartularies of Valpuesta have been so significant. As well as being able to temporarily house researchers and courses and meetings on this and other fields, the centre should also be able to accommodate occasional tourism.

The design would seek to help restore and regenerate a protected public site which has become partly dilapidated and derelict, and also to stem the depopulation of this municipality so essential to understanding the origins of Castile. Focussing on the heart of the village of Valpuesta, designated by the regional government as a ‘Medieval Ensemble’, the design might help in part to preserve this character and to revitalise the place. 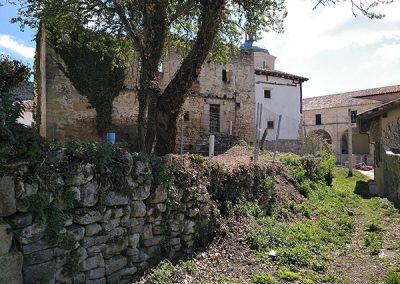 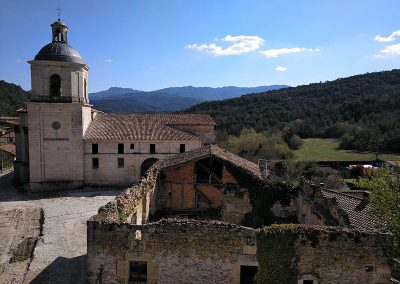 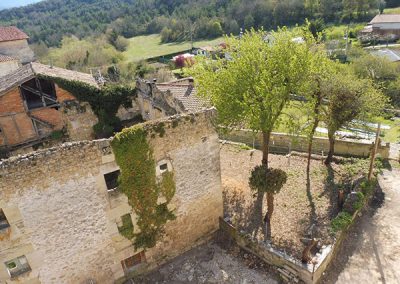 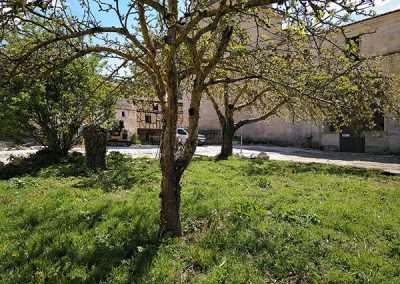 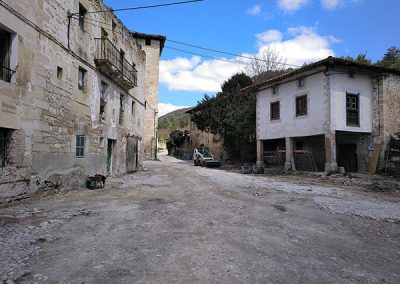 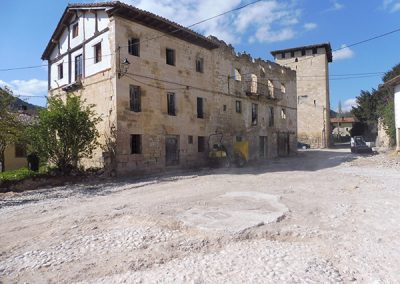 Find out more about the proposal of Buitrago

Find out more about the proposal of Zubiri