Santa Cruz de La Palma was selected by the Jury because of the proposal behind which included a series of actions aimed at improving the surroundings of the Plaza de San Fernando, the former northern gateway to the city and the Castle of Santa Cruz del Barrio del Cabo, as well as its connection with the northern part of the main axis of the capital city of La Palma: the Alameda, an area of great symbolic importance to the entire island. This proposal is brought forward at a time when the Island Council has given approval to a project which is to cover the end part of the Barranco de las Nieves. This will allow to take advantage of the new platform, created as a new public space, reintegrating within the central nucleus of the city those spaces located at the north end of it. The ultimate aim is to retrieve the historic nature of the former northern access to the urban fabric, reorganizing the public spaces of the area, conveying a new image via a new façade to the built elements located at the north end of this area, and lastly, to give way to creating a new centre of attraction with the construction of a new museum space.

Santa Cruz de La Palma, capital city of the island of La Palma, is located on the western end of the Canary Islands and has a population of about 16.000 inhabitants. Over time, it has become one of the most unique urban settlements in the Canaries. In 1975 it was declared Historic and Artistic Site. Today it has the title of Good of Cultural Interest under the category of Historic Site according to the current legislation.

It is located in the middle of a wide bay surrounded by steep ridges, which even if on the one hand they have impeded its expansion, on the other hand, they have also given its streets and squares a very picturesque character. The center sits on a narrow coastal stretch, with a topography characterized by its flat and shallow waters created by the alluvial soils from large ravines and other smaller-sized ones of the area, and also in its watersheds, on top of a higher and more abrupt terrain with cliff sides ascending inland.

The capital city treasures a notable past, with many landmarks which transcend the island’s boundaries and a valuable intangible tradition which manifests via its calendar full of festivities where one must highlight the following: the Holy Week, declared a Festivity of Tourist Interest in the Canaries and the Bajada de Nuestra Señora de las Nieves, which takes place every five years, and is considered a Festivity of National Tourist Interest. It has been awarded with the International Prize by the International Centre for the Conservation of Heritage and the Golden Medal of the Canary Islands. 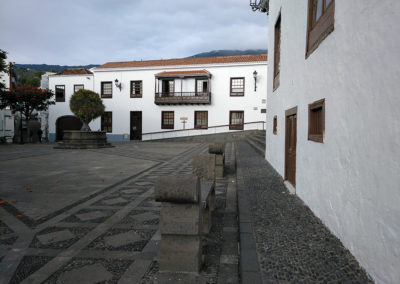 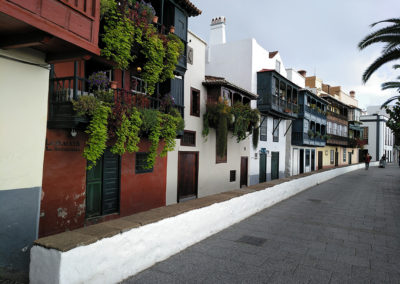 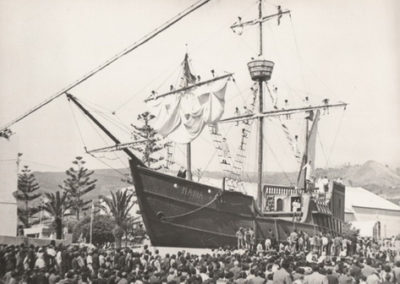 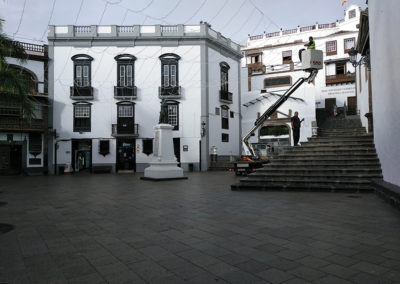 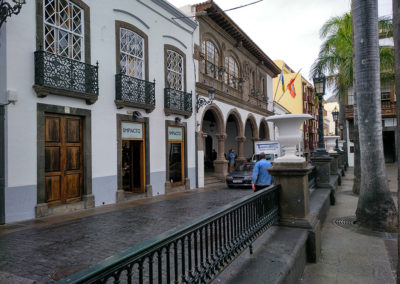 It is suggested to take action within the area of the Puerta Norte and the Castillo de Santa Cruz del Barrio del Cabo, the adjacent Plaza de San Fernando and the connection of this last landmark with the urban axis of the calle Real, the main artery of the capital of La Palma.

In the old days, the barrio del Cabo included a district located on the outskirts of the urban nucleus, the area located towards the north of the barranco de Las Nieves. Today it is an area which is rather disconnected from the urban fabric with a difficult access to it from the population centre. Moreover, its historic character as a gateway to the city and its primitive link to the defensive system of the complex are nowadays completely blurred.

The plaza de San Fernando is a green area, however, because of the configuration of the open spaces of this area, it is only used as an occasional transient area for pedestrians and as a parking lot for vehicles. The island government La Palma is promoting a project to channel and cover the end part of the ravine, from the bridge that continues the calle Poggio y Monteverde to its mouth. The construction of the platform above it will connect this square with the other side of the bed of the ravine.

The proposal must include the following actions:

The adequate restoration of the Castillo de Santa Cruz del Barrio del Cabo and the remaining stone elements of the wall which shaped the former Puerta Norte. A solution must be given to the space around it, conveying it with a greater level of protection and increasing the visibility of those preserved structures. At the foot of the bastion, the idea is to create open squares towards the sea, designed to protect themselves from it as well.

It is a must to pay attention to public roads, generally shaped by tiered narrow streets with special focus on the preserved stretch between the former Camino Real – which runs at a lower level than the calle Maldonado, under the location of what was the first primitive gateway to the city and which intersects with a small ravine which is located close to one of the large dividing walls that have visual control over the area and which reaches the ocean. This former path conserves remains of the historic cobblestone paving. The original scale of the constructions of this area is also preserved in one of its elevations.

The idea is also to design a new high-rise construction adjacent to the building that today has its dividing wall visually imposing itself within its surroundings, giving a new image of the elevation facing the bastion and the square. An alternative to this, is to suggest a possible remodelling of the existing dividing wall to turn it into a façade overlooking towards the south.

Another of the musts within the proposal has to be the design of the urban spaces of the plaza de San Fernando and the future platform which will cover the ravine, connecting both sides of it, creating an important esplanade where, because of its characteristics, it will not be possible to plant trees. This action will imply the layout of a new urban pedestrian axis to continue that of the calle Real and the Alameda, connecting the area of intervention with the rest of the urban complex, the redirection of the current road traffic and a specific space reserved for 100 parking spaces. The aforementioned parking spaces will be designed in a way that their impact on the urban landscape is reduced to the minimum.

Finally there will also be a proposal regarding the creation of a museum-like space above the current plaza de San Fernando, preferably in the south-eastern side of the area of intervention, close to the current ravine and the wall of the Castillo de Santa Cruz, bearing in mind that the layout regarding road traffic as it is known today may be completely reconfigured. This action will enable to increase the current surface area of the Naval Museum of Santa Cruz de La Palma (founded in 1975 and located in the Barco de la Virgen). This action would also go in accordance with the relevance of the maritime history of the island and the importance of the collection it treasures. These new spaces would complement those of the existing museum and would have to include the following functions:

The plot of land destined to the Naval Museum is classified in the current town planning as a green area with scarce m2 of development potential. Therefore, part of the installations may be under ground level taking advantage of the existing differences regarding levels within the plot. However, those volumes placed above ground level will be of vital importance to spatially define in an adequate way the public areas which will have to be redesigned. The architecture and the construction of these elements will have to be in accordance with local architectural tradition. 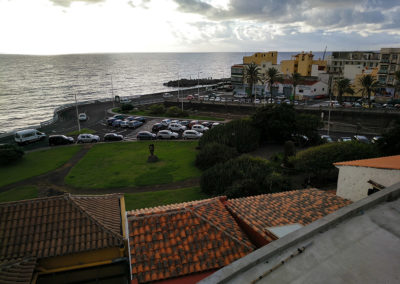 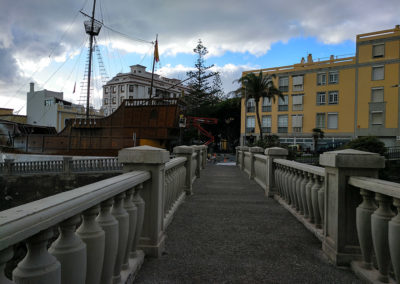 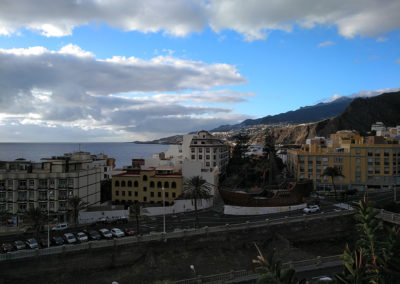 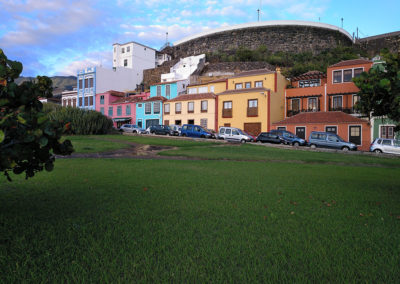 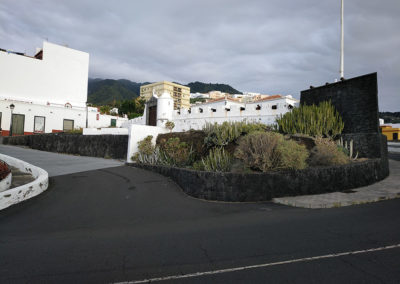 Find out more about the proposal of
Alzira

Find out more about the proposal of
Guadix

Find out more about the proposal of
Santiago de Compostela