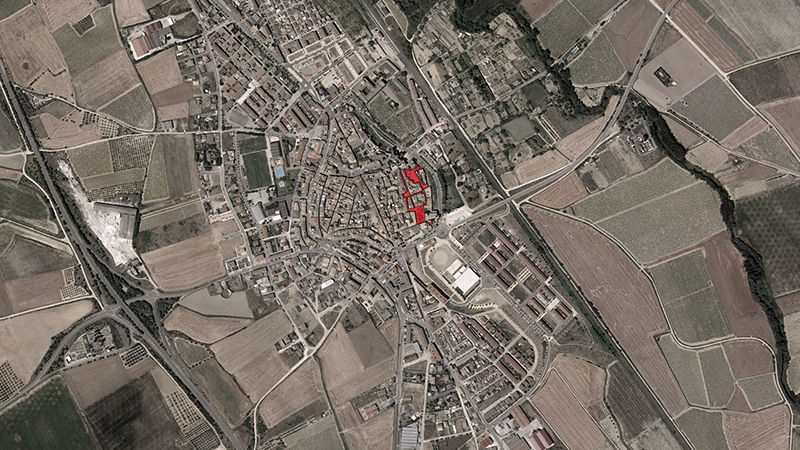 Olite has been selected because of its proposal to carry out an intervention to upgrade and embellish a strategic area of the urban fabric which connects the Palace and the Church of Santa María with the Church of San Pedro, and which, however, is located outside the most frequented areas by tourism: the axis aligning the Rúa Villavieja, the Plaza del Fosal, the Plaza de la Rueda and its surrounding areas and the relationship between these spaces with the outside of the former walled perimeter. In the Plaza del Fosal, the proposal includes creating a new design for its public spaces as well as constructing a new building which serves as a new façade facing this square and which at the same time provides an access to the Romanesque cloister of the Church of San Pedro, occupying the currently-empty plot of land where in the past there was a building which carried out these same functions. In the Rúa Villavieja, the focus is set on giving a solution to the several existing empty plots of land. All of this will make it possible to give back to this area the importance and the attractiveness which it always had.

Olite is a municipality within the Navarre’s Mid-region, located 43 kilometres away from Pamplona with a population of slightly under 4.000 inhabitants. It is located on the right riverbank of the river Cidacos, tributary of the river Ebro, surrounded by crops where cereals, grapes and olives grow, with the Sierra de Ujué at the far end and a topography with soft slopes and staggered hillsides.

Navarre is historically divided in Merindades, being Olite head of the Merindad with that same name. It is an important agricultural centre, especially remarkable for its wine industry.

The location of Olite in the centre of this Mid-Region and the communication access which connects Pamplona and Tudela makes it have a privileged situation within the Foral Community of Navarre. 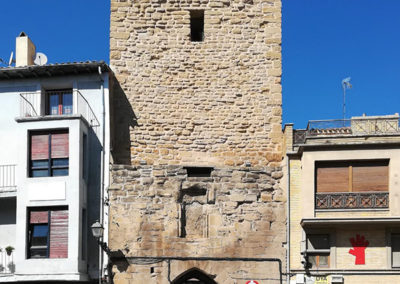 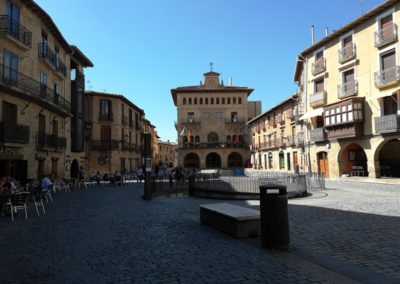 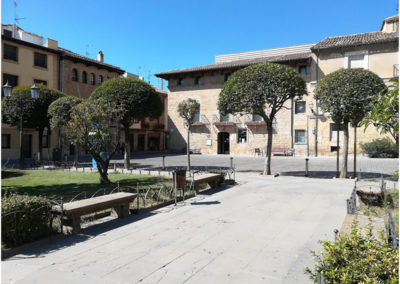 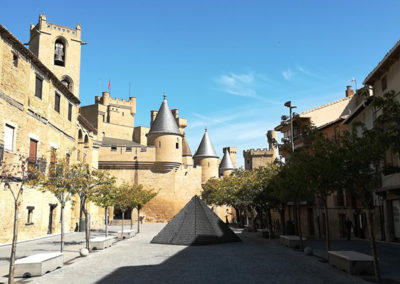 Retrieval of the Plaza del Fosal and its environment, Olite, Navarre

The Plaza del Fosal is one of the main public spaces within the city walls, even though it is currently pending ordination . There we find the Church of San Pedro, one of the main architectural landmarks of the area, with its Romanesque cloister. The streets of Rúa Villavieja and Rincón de los Racioneros have their starting point here, Both of them communicating this space with the Royal Palace. This proposal searches to enhance the value of this complex, embellishing it and reorganizing it.

The proposal must solve the following issues:

The organization of the plaza del Fosal, including a new design for its open spaces and a proposal for a new building in its Eastern side. This building will have to be complemented with the space occupied by the construction which is still erected on the North side of the cloister and which will be used as annex rooms to the temple itself. It will have to have a space for the parish’s archive, a storage room which can be visited on the occasion of the processions of this church and some toilets.

Apart from the elevation overlooking the square, the access to the cloister must be given a solution, too. It will be left open so as for it to be seen from the outside, even if it is closed with some sort of railing or other similar closing element.

The organization of the Plaza de la Rueda and its connection with the space outside the walls as well as the urban redesign for the Rúas de Villavieja, Abadía, Rincón de los Racioneros y Romiros.

A design proposal for the enclosing elements of the empty plots of land in the Rúa de Villavieja. 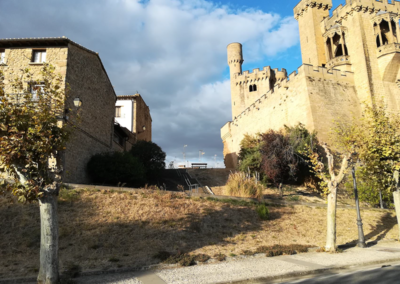 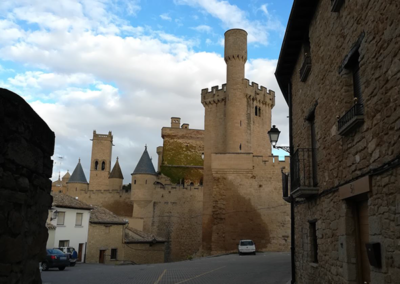 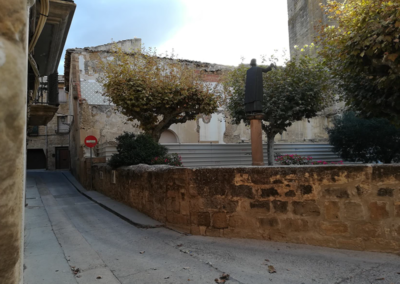 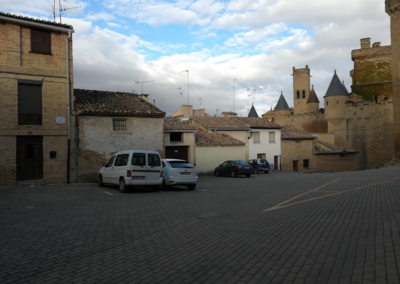 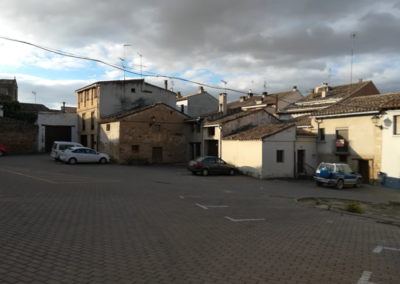 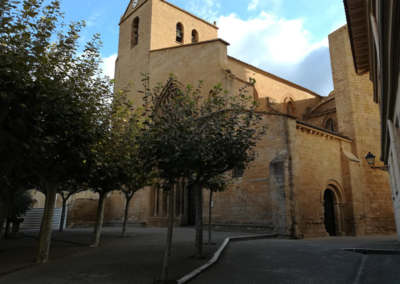