Jaca was selected for proposing the creation of a unique public space in the heart of the old town, as this might contribute to its revitalization. In this proposal, traditional architecture and urban design could well become tools for change whichrespects the values that shaped the setting of which it will form part. The jury also took into account the historical and symbolic importance of the municipality, linked to both the origins of the Kingdom of Aragon and the Camino de Santiago, as well as its ability to show how new traditional architecture can be valuable in and relevant to urban environments.

Jaca is the capital city of the Jacetania Pyrenees County, situated in the northeast of the Huesca province, inside the Aragon region. The city is located within the river terrace formed by the Aragon River on the left side and by its tributary, the Gas River, on the right side. From the west side until the city centre the ground is not particularly uneven, but from the city centre to the bottom of Rapitan Mountain, in the north part of the city, there is a gentle slope. However, neighbourhoods situated in the south and east parts have less altitude than the city centre.

Jaca is a small city with a population of 13.088 people in 2015. Nevertheless, it provides a large range of activities and services just like in bigger cities. This fact is due to an elevated number of visitors and seasonal residents that can stay there thanks to its reception capacity of more than 50.000 people and to its 16.000 houses and 2.350 hotel rooms. Temporary population grows in different periods during the whole year. Its historical importance and its touristic attractions give a structural role to the city within the Pyrenees area which is considered a special territory for different reasons (its borderline location, its landscape and orography, its environmental value, its weather, etc.)

Jaca municipality is a large rural area where the historic city plays the role of administrative centre of a 32 disseminated towns. Its large municipal district extends across 420 km2 where different environments can be found; from landscape units within mountain areas, such as the wide Sudoroel, to alpine zones, such as Astun valley where the sky resort is located, or for example protected natural landscapes with a high ecological importance such as San Juan de la Peña and Oroel mountain or natural reserves such as the Garcipollera valley. 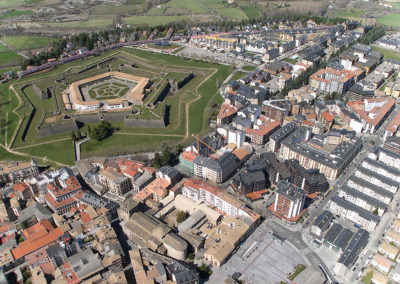 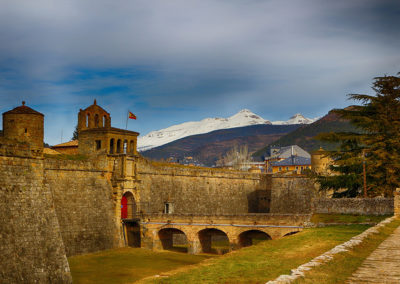 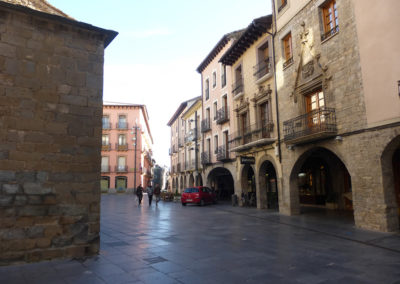 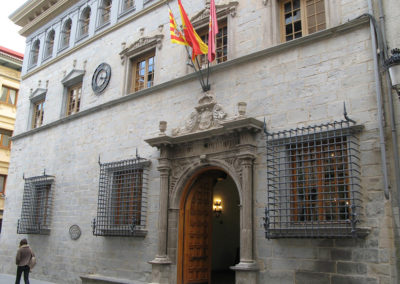 Designing a new square for Jaca

The high density of the historical district of the city has prevented a large public space from being created in the city core. Yet it is this density and the intense commercial activity of the area what could make a space like this a major attraction.

In order to undertake this, the Municipality of Jaca proposed an intervention, included in their Special Improvement and Preservation Plan, that would affect the area inside the block delimited by Mayor Street, Zocotín Street, Bellido Street and Gil and Berges Street, which could be perfect for this purpose. This is one of the largest blocks in the heart of the historic district of Jaca.

Since the area inside of this block is occupied by gardens and small private buildings, this means the space could be freed up for public use, thus expanding the network of pedestrian public spaces already existing in Jaca.

Much of the space inside this block is already owned by the city, thus making it an excellent starting point for implementing this project. The intervention proposals had to free up the space to create the plaza inside the block, designing the new façades that will define this area.

There will be four pedestrian passageways leading from the adjacent streets to the inner plaza that will pass through the perimeter buildings. Three of these passageways were located in new buildings that were also part of this competition and that were built on parcels that the municipality had already acquired, facing Zocotín Street, Bellido Street and Gil Berges Street.

A proposal also needed to be made for restoring and revitalising the block’s buildings, taking advantage of the need to restore the back sides of the block’s buildings to turn them into new façades facing the plaza. The new façades overlooking the plaza had to have arcades on their ground level. The planned buildings had to respect the architectural tradition of Jaca’s historical district and the various protection levels of the pre-existing buildings. 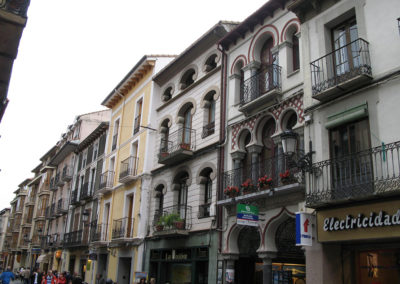 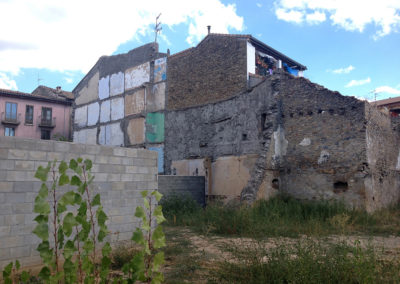 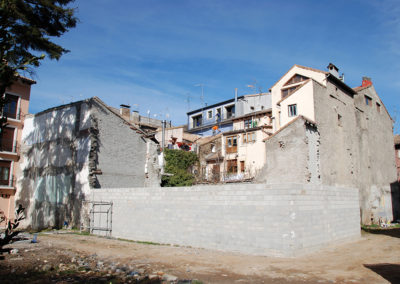 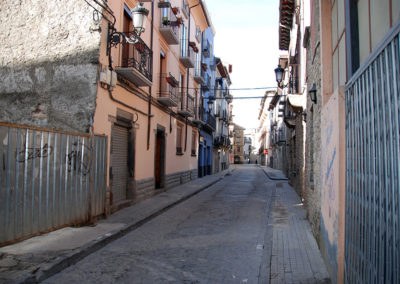 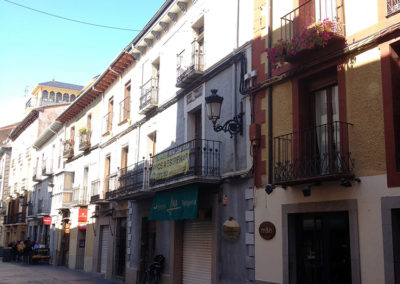