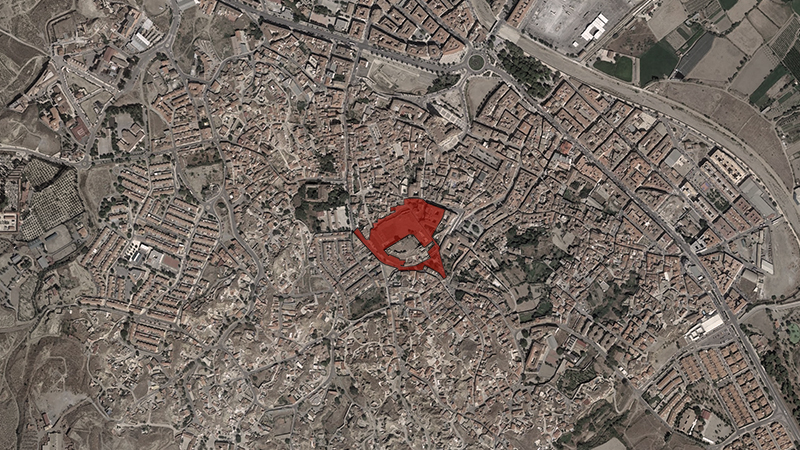 Guadix has been selected by the Jury because of its proposal to retrieve and enhance the complex which is set at the top of the city around its old Citadel. The proposal includes the restitution of the open spaces in the inside of the Citadel and its reconnection and opening towards the city, a new treatment of the surrounding public spaces, some of them currently very degraded and underused, the reconstruction of the houses in a current state of ruin which can be found in its northern front and the revitalization of the former adjacent Palacio de los Saavedra, which could be transformed into a hotel-parador or another similar sort of use. These interventions will enable the enhancement of the urban scene and will contribute to the conservation of the existing heritage and revitalizing the complex which constitutes one of the main historic and landscape landmarks of the city with which many people from the area feel a deep connection.

The city of Guadix is located in the Northern slope of Sierra Nevada, in the area known as Hoya de Guadix: a natural valley of a total extension of 500 squared metres, shaped by the basins of the rivers Fardes and Guadix. It holds a total population of about 19.000 inhabitants and is one of the most important population centres within the region which is divided into 32 municipalities. It is the headquarters of the judicial district and of the Diocese of Guadix-Baza.

It is erected in a privileged enclave which was once the main crossroads of the paths of Eastern Andalusia because of its condition of being the natural border between the Eastern part of the Peninsula and Andalusia.
It has a mountainous terrain, dominated by the old centre of the town, located at its maximum elevation, on a hill with steep slopes. The population spreads towards the South via the neighbourhood of Las Cuevas, characterized by it being a sum of cave-type sort of settlements, and towards the North-East via the existence of new urban developments, reaching beyond the course of the river Guadix, heading towards the railway station of the city. 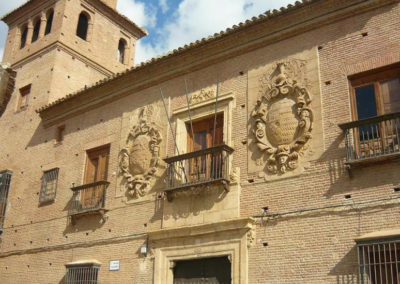 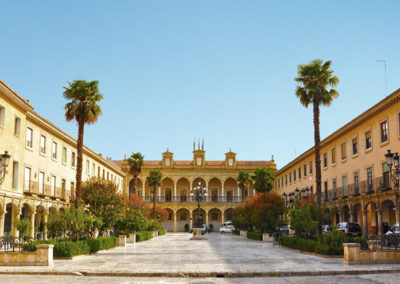 RETRIEVAL AND IMPROVEMENT OF THE AREA OF THE CITADEL (LOT 2)

With this proposal, the aim is to retrieve one of the two key areas of the historic city. The retrieval of the open spaces of the citadel and its surroundings, the restitution of the traditional houses in a state of ruin within it, and the rehabilitation of the Palace of the Saavedra family, which was also the former seminar, are all a long-held ambition of the population which has its complete approval and counts with a series of previous works sufficient to make it possible. These interventions will enable improving the urban scene, conserving the buildings and revitalizing the environment which is a key historic and landscape landmark of the city with which many people from the area feel a deep connection to.

1. Urban adjustment of the exterior access located on the East side of the Citadel.

The first proposal is to retrieve the exterior access located at the east of the Citadel by means of the incorporation to the network of public spaces the plots of land which currently impede this (the majority of them are empty plots of land and two of them have constructions which will be demolished ). The proposal must also include the road network and the Plaza de Pedro de Mendoza, which can also be subject to being remodelled. Likewise, the existing commemorative bust may be replaced somewhere else in pursuit of a better perception of the monument and the urban scene.

2. Proposal concerning strategies of intervention, uses and possible adjustments made to the open spaces in the interior of the Citadel

The proposal will strictly stick to the exterior enclosure of the Citadel; this means, to the former spaces destined to recreational areas and sports areas of the old seminar. The aim is to incorporate them to the cultural and recreational activity of the municipality, foreseeing a possible elevated connection with the future museum of the city (which is thought to be located in the Palacio de Peñaflor) and/or with the new spaces suggested for the former seminar.

The access to this area can be developed from the North-West, from the Calle Muralla, taking advantage of the old ramp and access existing in its northern corner, arisen from a recent archaeological campaign.

3. Transforming the former Palace of the Saavedra family and later on minor seminary into a hotel-parador or another similar sort of use, and church.

The proposal is to retrieve and adjust the built bodies of greater architectural interest of the former palace, allowing to eliminate or substitute the contemporary services and added elements with the ultimate aim of reusing it as a hotel-parador or the like. Regarding the church, its exterior adjustment must be taken into account and alternative uses or complementary ones may be suggested.

The complex must be accessible by car. The monumental context of the area makes it advisable to avoid parking on the streets. The proposal must include the largest possible number of parking spaces within the plot and under ground level in the adjacent free space, taking advantage of the existing differences between the levels at which the streets Amezcua and Barradas are located. The relationship between the seminary and the existing sports courts in the square of the citadel must be solved avoiding the great visual impact that today affects the area because of the bridge crossing over the calle Amezcua.

4. Functional and formal restitution of the residential block in a current state of ruin.

The idea is to retrieve the degraded block, going back to its former residential use which goes according to the characteristic scale, volume and materials of the traditional constructions of the historic complex, with the aim not only to revitalize the area but also as a model or guideline for other future interventions of this nature.

The majority will be destined for single-family housing or tourist accommodation. Other linked uses associated to these may be foreseen too (offices, workshops, etc.). The intervention affects a total surface of around 1.300 m2, above which 1.500 m2 may be built above ground level.

The proposal must include parking spaces in the interior of the plots. The reconstruction of the western front of the block will have to bear in mind the resulting public space improves the current urban scene and enables under-ground-level parking spaces taking advantage of the existing differences between the levels at which the streets Amezcua and Barradas are located.

5. Proposal concerning strategies of intervention, of the existing open spaces within the area if intervention and the road network located in the perimeter of the citadel.

With the aim of improving the urban scene, the public open spaces will be redesigned along with the road network located in the perimeter of the citadel, integrating formally and functionally the existing cave-like houses and the suggested accesses to the Citadel. This is an exterior surface area of around 2.300 m2 (calles Cruz de Piedra, Amezcua and Muralla). The parking spaces above ground level, in case of suggesting their implementation, must be compatible with the preservation of the historic character of the area and the adequate contemplation of the monuments. 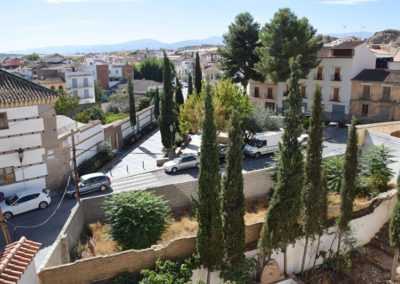 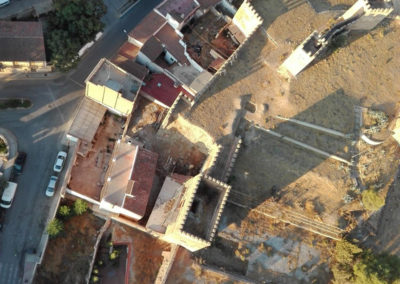 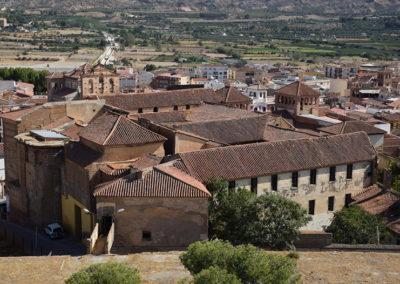 Find out more about the proposal of Béjar

Find out more about the proposal of Olite