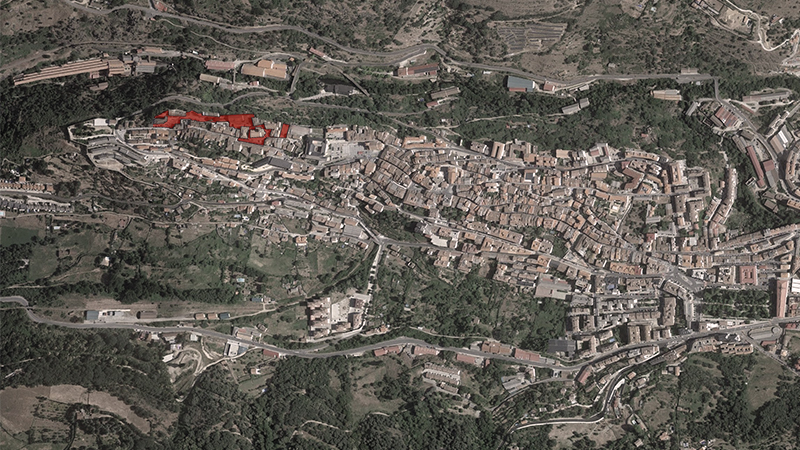 The municipality of Bejar has been selected by the Jury of the Competition because of its proposal to develop a project which aims to revitalize the area of La Antigua, the founding core of the town which is currently suffering the effects of depopulation. The idea is to carry out an intervention in the urban space around the Church of Santa María, an area where the Jewish Museum is also located, as well as various other buildings dating from the times of the local textile industry’s splendour, which today are in abeyance and abandoned. For one of the best examples of these old factories, the idea is to rehabilitate it and turn it into a school of crafts. Moreover, the intention is to build a student’s hall -to hold the future attendants of the aforementioned institution- in a vacant plot of land located in the same area. Special attention will be set on giving the public spaces a new design, aiming to turn the area into a pleasant and welcoming one for the neighbours, attracting once again the population towards it. With this whole intervention the objective is to create a new focus of activity which contributes to retrieving the social and economic wellbeing of the degraded historic city centre of Bejar.

The town of Bejar is the most important population centre within the South-East of the province of Salamanca, and it is neighbour to the provinces of Avila and Caceres. Being so, it is the regional service centre and the head of judicial district and of the association of the Reservoir in Bejar.  Its population is of 13.221 inhabitants, of which 96% is gathered round the urban core and the rest is distributed in other minor population centres such as Fuentebuena, Palomares and Valdesangil.

It is located in the mountain range with the same name, over the southern end of the Meseta Norte between the foothills of the Macizo de Gredos and the Sierra de la Estrella. It is located at an altitude of 953 metres, on a spur of granitic rock. Descending from the snowed summits of the mountain range, numerous water courses flow down its lands, gathering to shape the river Cuerpo de Hombre, a tributary of the Alagon River and therefore belonging to the Tagus basin. Its presence influenced in a decisive way the location and development of the population centre, since it had the ideal conditions to carry out industrial activities. Proof of this, are the many mills, fullers and escaldaderas that were progressively built to take advantage of the energy generated by its water.

Sowing the Neighbourhood of La Antigua.

The suggested area finds itself within the limits of the historic complex of Bejar, listed as Good of Cultural Interest, more specifically in an area of it called La Antigua, where its inhabitants consider there is a deep need of an intervention oriented towards retrieving neighbourhood life which can contribute to reactivating its social, economic and cultural fabric. It is a neighbourhood with a large number of cultural activities developed throughout the year, but which presents a high level of depopulation and a significant number in terms of aging population. One of the aims of the initiative is that it contributes to slowing down this process and at the same time to be able to preserve the heritage it holds which is clearly one of the victims of this progressive abandonment. It also intends to serve as an example for other neighbourhoods of the town which present similar issues and which require interventions alike.

The proposal includes developing the intervention in the surrounding area of the Church of Santa María la Mayor (Calle Rodríguez Vidal, Calle and Plaza del Yezgal and Calle los Curas). The proposal aims to improve all these elements, turning them into a more attractive and active complex. For that purpose, these are the suggestions:

To reinforce the revitalization of the neighbourhood, to create employment, to retrieve population, especially young people, and to highlight the historic link of this area of the city with the textile sector, the proposal is to rehabilitate the aforementioned textile workshop and turn it into a Crafts School. The building must maintain its architectural characteristics, adapting it to its new use, something which will be made easy due to the diaphanous nature of its floor plans. Apart from this, the surrounding areas and the open spaces must be redesigned, improving the connections between them. With regards to the programme, the first requirement is to create spaces where both theoretical and practical teaching activities can be developed; secondly, there is also a requirement of a storage area, bathrooms and at least one office; and, lastly, a series of public spaces which transform the building into an open element to all citizens and which will be able to include a restaurant or cafeteria with its associated cooking areas and an exhibition area where the works of the students of the School and the traditions linked to the towns traditional crafts will be exhibited to all.

This facility will be complemented by a student’s hall which must be designed within the close by aforementioned empty plots of land in the Calle los Curas numbers 20, 22 and 24. In the design of this building harmony with the tradition of the place must be kept and its composition and constructive criteria must be used. The techniques and materials to be used must be those of the region, which at the same time will also be able to hold some sort of relation with the subjects imparted at the School of Crafts included in the proposal. Lastly, all the current requirements concerning access conditions and energy saving will be taken into account, serving as an example for future interventions.

Both infrastructures will remain connected via the public space which is aimed to be redesigned as well, obtaining a more used space, frequented by the public, and which also serves to revitalize the neighbourhood and to improve the urban image. With this same objective, the aim is to eliminate the parking spaces in front of the Church of Santa María and to redesign all the open spaces of the suggested area of intervention, favouring accessibility, due to the large differences created by the orography of the terrain, and the connections between the different levels.
The space must also have elements destined to relax and socialize, and also green areas in order to embellish it too. Becoming a more welcoming and pleasant area and favouring pedestrian paths versus cars this will also favour the creation of businesses within the area.

The aforementioned guidelines, therefore, indirectly, also aim to make it more attractive to open small local businesses destined to crafts or selling local products and gastronomy in the ground floors of the buildings within this area.

The project can be understood as a holistic proposal which aims to retrieve life within the neighbourhood around these new facilities, setting the eye on the traditions which shape the areas own identity as the starting point for its revitalization. 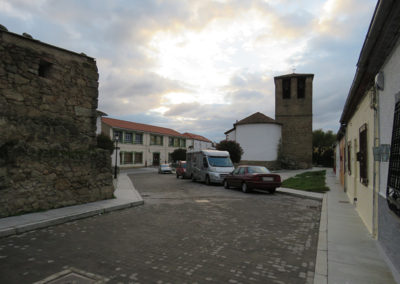 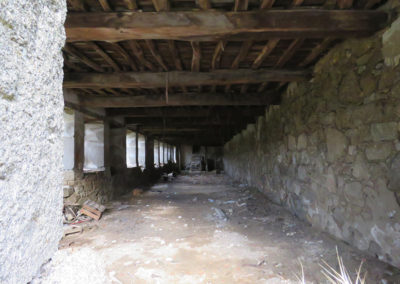 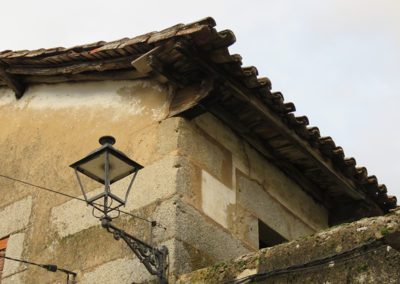 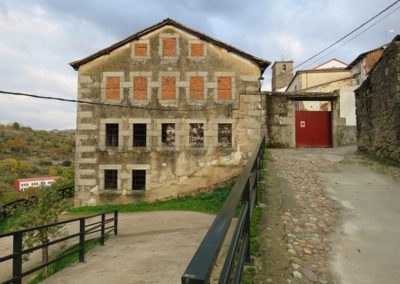 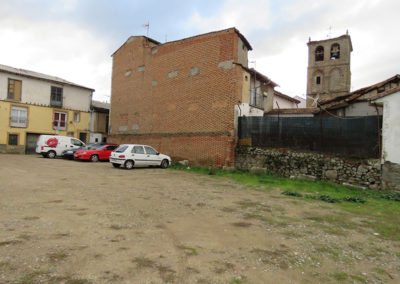