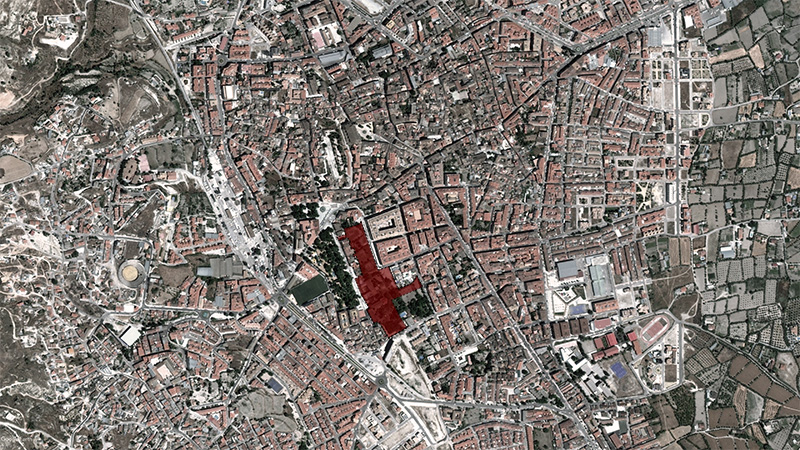 The municipality of Baza has been selected by the jury of the Competition for proposing a project that seeks to reorganise an area that has remained embedded in the urban fabric. Despite its rich heritage, which includes a set of historical gardens and monuments such as the Palace of the Enríquez or the Monastery of San Jerónimo, it is today disarticulated and degraded. It has therefore been proposed to connect this area with the environment which surrounds it, thus creating a new urban space. It will be based as much on the new buildings that articulate the existing elements, as the recovery of such elements to form a network of cultural and purposeful spaces (institutional, cultural and hotels). As an enclave of high patrimonial value, it must be regenerated, rehabilitated and, in part, reconstructed, without distorting the character of this Grenadian municipality.

The city of Baza is located in the northeast of the province of Granada. It is the largest municipality in the region, with an area of ​​545 km², and has a population of 20,656 inhabitants. In addition, it is the main city, serving as the nucleus for the inhabitants of Granada’s High Plateau, offering a large number of services. It has in fact been so historically, going back to the Iberian period, when it was the capital of the region to which it gave its name, the Bastetania.

It is located at the foot of the mountain range of the same name, precisely at the meeting point between it and the indentation that makes up Hoya de Baza. This location, straddling two different territorial and environmental units, has deeply marked the urban structure of Baza and, consequently, its internal articulation.

Baza is declared a Site of Cultural Interest (BIC) for being a Historical Site, among other reasons, such as its survival in a good state of conservation, at least until the year 70 of the 20th Century, from the medieval part which is formed by the old medina and a series of large suburbs that surround it. These neighbourhoods are characterised by an intricate labyrinth of narrow streets and alleys . Even though all of this underwent a profound modification since the Christian conquest of the city, including the implementation of a new urban centre which gives way to streets of greater size, the opening of squares and a new scale of both civil and religious buildings. During the 16th Century the medieval part was surrounded by a series of convent buildings and churches that appear to surround the old medieval city. 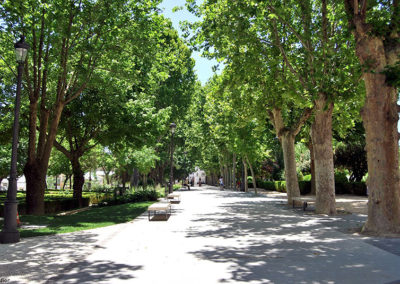 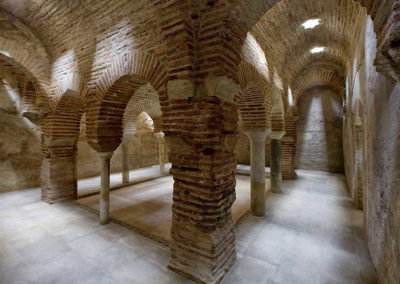 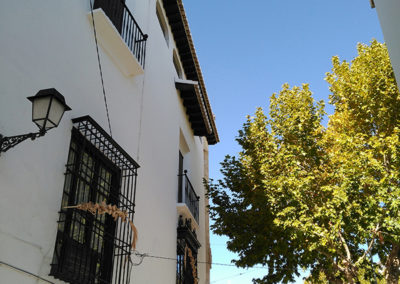 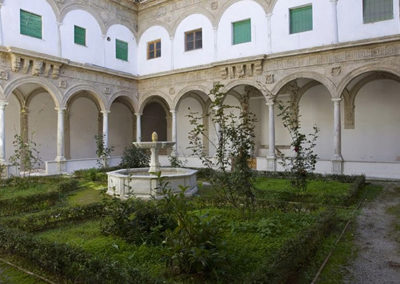 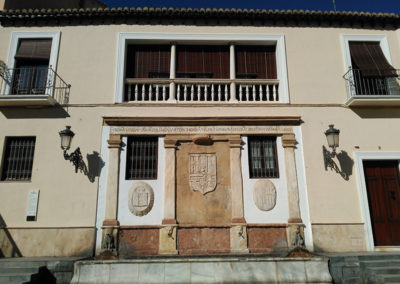 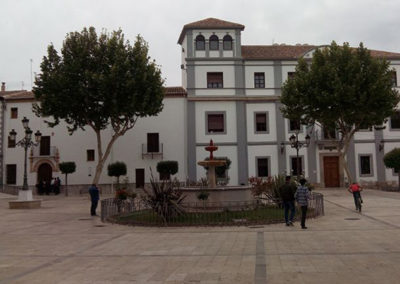 A space full of Heritage Richness

The intervention proposal focuses on the monumental complex that lies to the south of the medina, on the course of the Caz Mayor canal, which irrigates the orchards of Baza. It is made up of the historical gardens of the area, the Palacio de los Enríquez and its gardens, and the Monastery of San Jerónimo, including what was once its cloister, which nowadays lays destroyed.

The structure of this patrimonial complex, due to its dimensions and it being situated outside of the urban area, has hardly been altered over the centuries, with the simple exception of the gardens that have been partly occupied due to the urban growth over the last few years. It is precisely this growth which has turned the complex into an island, isolated from the urban area that surrounds it. The problem is related to the morphology of it all, which to the west has a hardly permeable enclosure, while towards the east is enclosed by the flow of the Caz Mayor canal, which separates the existing buildings from the orchards.

For this reason, the area represents a great opportunity for the city to recover an important cultural heritage, while making it more accessible from the various existing routes within it and their connection between one another. Thus, allowing this area to be more valued, known, used and traversed, without losing its particular character and maintaining the tradition of the place.

This urban intervention must begin by understanding the structure of buildings, orchards and historical gardens, their configurations and relationships, to achieve a reevaluation and dignify this heritage, to define its appropriate environment and to provide this whole area with a new function within the urban complex. The aim is to provide citizens not only with a new network of public spaces, but also with the recovery of a heritage in which historical, architectural, ethnological, archaeological and environmental values ​​converge.

The proposal must therefore include the following aspects:

– Restoration and refurbishment of the whole of the Monastery of San Jerónimo, the Palace of los Enríquez and its orchards and historic gardens.

– Creation of a new public space or park that highlights the important role of the Caz Mayor in the configuration of this whole area, and that maintains the character of the gardens irrigated by it, becoming at the same time more accessible and passable.

– Ordering of the rears of the buildings on Carrera de Palacio 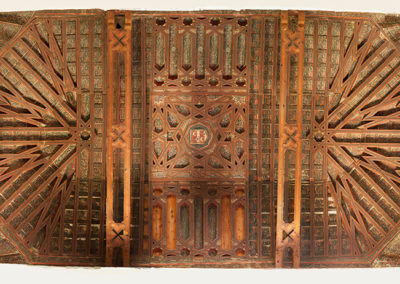 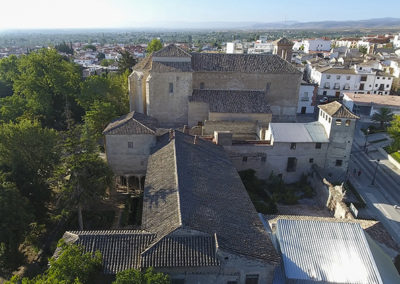 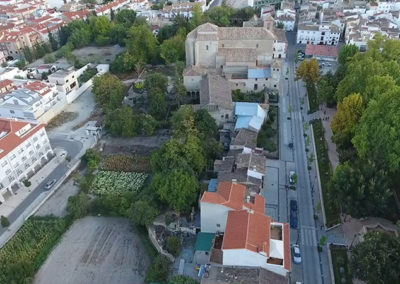 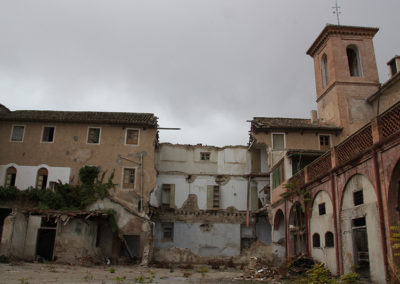