The municipality of Alzira has been selected by the Jury of the Competition because of its proposal to retrieve the architectural and urban identity of the historic centre of the city, more specifically, the western front of “La Vila”. To this aim, it is suggested that the key to success lies within the retrieval of the former urban fabric of the area and the enhancement of the Almohad fortress, of the remains of what once was the temple of Santa María and the lost Bridge of Sant Gregori. Redefining the historic character of this area – which today is extremely blurred – would mean an important step towards restoring part of the heritage value of the complex, since this elevation is the most visible one within the surrounding landscape and the least obstructed by the existence of later constructions built outside the wall.

Alzira, a town located 40 kilometres towards the south of the city of Valencia, is the capital of the region known as Comarca de la Ribera Alta. Its population is of about 44.000 inhabitants and its municipality is spread between the alluvial plain of the river Júcar and its surroundings, characterized by the fertility of the soil. It occupies a total surface area of 111,45 km2 of which the vast majority corresponds to the compact nucleus of the city and the rest to those mountain areas located in the mountain ranges of Cavall and les Agulles, whose centre converges in the Garrofera.

The name of the town comes from the Arabic language, الجزيرة (al-azīra), “the island”, since the complex was set out as an island within the course of the river Júcar. The municipality of Alzira is crossed by this river which has several affluents such as río de los Ojos or río Verd on its left bank as well as the ravine of Barxeta on its right river bank. The river Júcar was navigable – until the point where it reached Alzira – by boats of small tonnage. This navigation was maintained until the XVI century. Primitively, the river embraced the urban complex. However, its trajectory was modified at the beginning of the XX century, eliminating the meander which went round the town, leaving the river constrained in its western flank. The importance of this enclave was determined largely by its strategic character, since its bridges were a must to be able to cross the river Júcar. 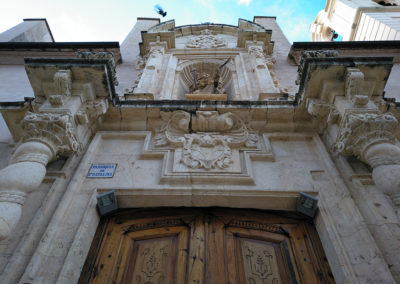 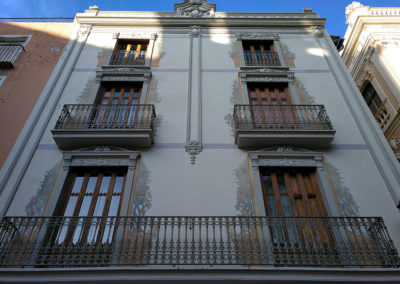 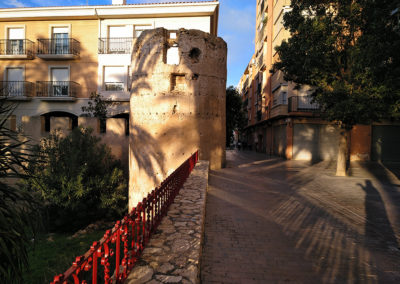 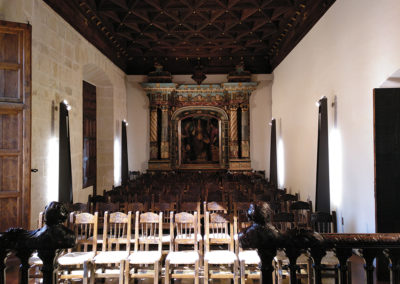 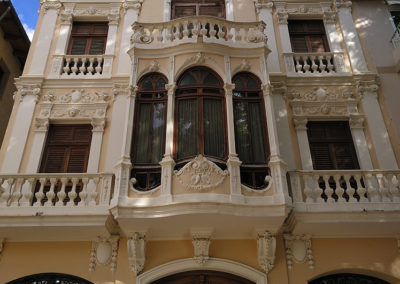 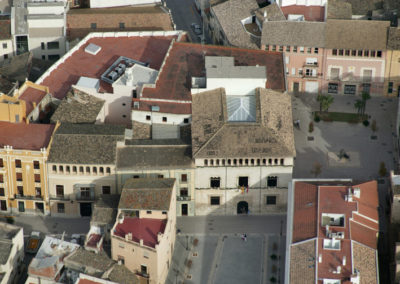 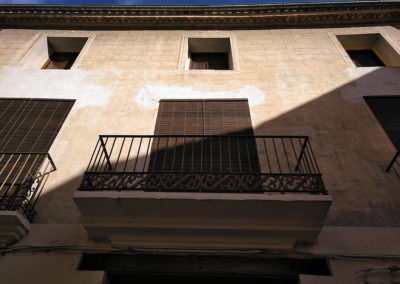 The suggested area of intervention is located in the western part within the historic city centre of the town of Alzira. The aim is to retrieve the residential urban fabric, to reconnect the population with the river and to place value on the historic character of this area, including the vestiges and the memory of those which were its main elements of interest heritage-wise: the Almohad wall, the former temple of Santa María and the once existing -and now eliminated- bridge of Sant Gregori.

This proposals aims to retrieve the cultural and historical identity of the historic centre of the city via an action regarding the western elevation of it, its façade towards the river and towards those who approach the town from the railway station, located on the opposite bank. It is also the historic elevation with the greatest presence within the urban landscape since it still today remains free of adjacent constructions built later.

Today this end of the city has a green front which is in poor conditions since it has not been looked after and which grows along the bank of the river, being this bank completely disconnected from the town. Between them, is a wall erected originally to protect the urban complex from possible floods which had historically affected the municipality. This wall reaches a higher level than that of the urban nucleus’ road network and at its same height, there is a path connecting the northern and the southern part of the historic city centre. Within the area suggested for the intervention to take place there is a large warehouse, ownership of the municipality and which will be dismantled in due course. There is also a headquarter belonging to the Spanish Military Police built during the 50’s whose ownership is also of the municipality and which is catalogued in the Special Plan for the historic city centre as inadequate because of its excessive volumetric conditions. It has already been decided that it will be transferred to a different location – also belonging to the municipality – and the proposal here regarding it, is to knock it down completely in order to retrieve the urban fabric of its surroundings.

Also as part of the area of intervention, the urban fabric close to the aforementioned buildings is included. It is mainly made up of dwellings which to a greater or lesser extent fit into the characteristic scale, type and/or traditional features of this neighbourhood. However, there are several much deteriorated buildings and empty plots of land.

Bearing all this into consideration, and being the general aim of thisthe proposal to retrieve the western area of the Vila, there is also an aim of defining a new urban layout for the area within the boundaries set for this Competition. This new organizational layout must include new alignments for the squares, streets and other open spaces within the designated area. It will be important to give an adequate solution to the spatial boundaries of the various public spaces and the transitions between them, as well as the elevation of the neighbourhood towards the river and the connection between the urban complex and the riverside.

The proposal will be based on the expected demolition of both the Spanish Military Police Headquarter and the existing municipal warehouses, aiming to preserve, however, the outline of the residential blocks of the area.

The new proposal regarding the layout will have to take into consideration – wherever it is considered adequate – the historic alignments of the streets and squares of this area. The main use of the new suggested buildings will be mainly single-family residential units. However, any other compatible uses may be implemented, as for example, commercial premises or buildings of public use.

The architectural and urban design put forward will also have to consider the highly likely emergence of archaeological remains in the western elevation of the wall of the former lost Church of Santa María and also of the former bridge of Sant Gregori, as well as the possible enhancement or restoration of these vestiges, which, in any case, must be adequately preserved. 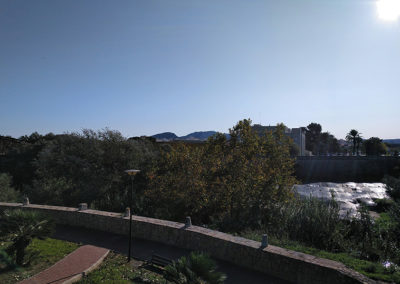 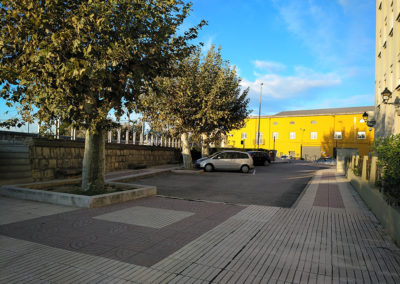 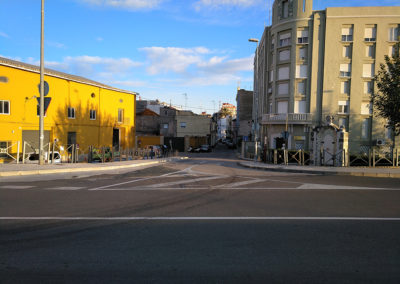 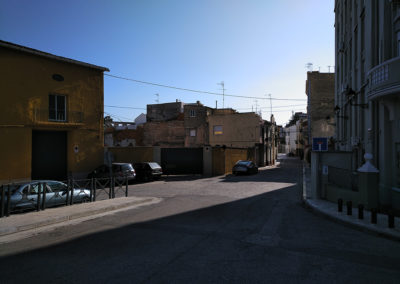 Find out more about the proposal of
Guadix

Find out more about the proposal of
Santiago de Compostela