The selected design proposals for Béjar and Olite 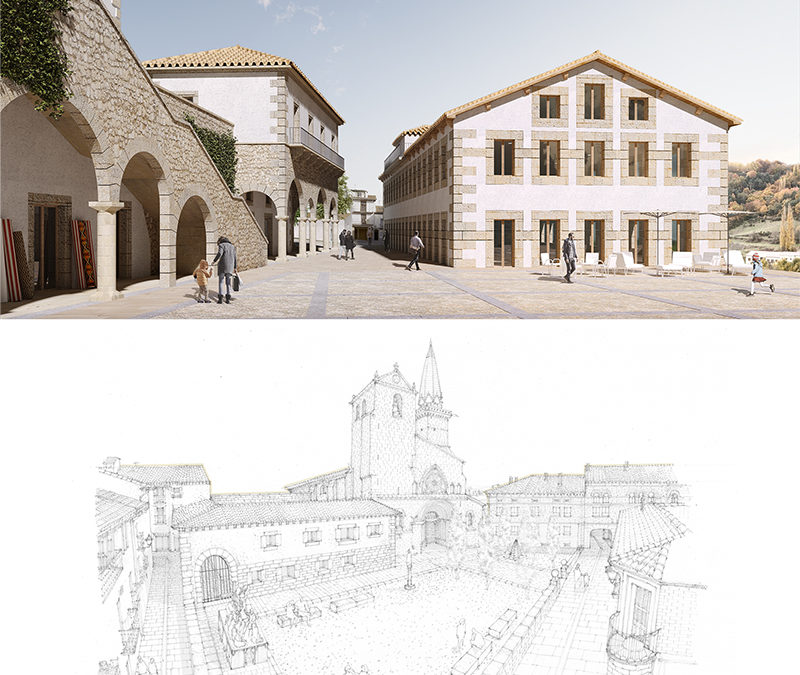 Madrid, 07/05/19 The Driehaus Architecture Competition is a unique and generous initiative from US financier Richard H. Driehaus, called by the Spanish Ministry of Development, aimed at recovering the Spanish architectural heritage. The three locations selected during the first phase of the Competition were Béjar, Olite and Guadix. In this second phase, 56 national and international architecture firms submitted their design proposals to respond to the needs of the municipalities. Each of the selected projects will be awarded 12,000 €.

Béjar in front of the mirror

‘Béjar ante el espejo’ is the title of the winning project of architects Abelardo Linares and Elena Jiménez. The project proposes opening up the public spaces surrounding the Church of Santa María, the Jewish Museum and several buildings from the golden age of the textile industry, toward the spectacular views of the Cuerpo de Hombre river valley. Additionally, it connects the existing urban fabric in an attempt to reactivate the environment; the project includes the construction of a new residence around a patio surrounded by galleries inspired by the local tradition. 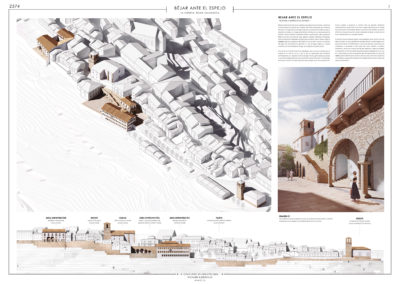 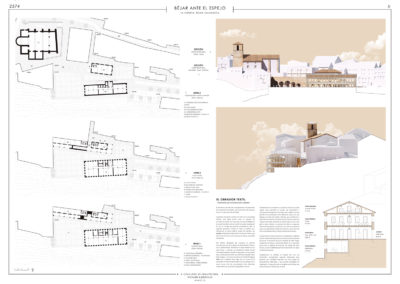 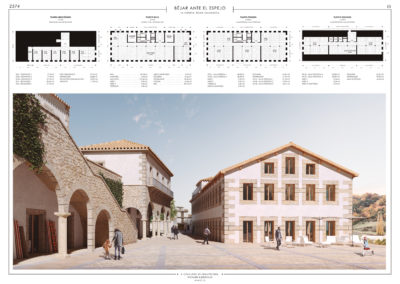 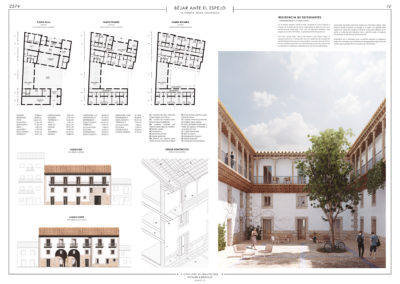 In turn, the Olite project seeks to recover the area extending from the Palace and the Church of Santa María to the Church of San Pedro. The project selected is called “Cerquo”, from architects Xavier and Lucía Espinós Bermejo, Estefanía Fernández-Cid and Rodrigo Toro. Their project for the new building at Plaza del Fosal incorporates the typical construction characteristics of the area, without detracting from the prominence of the adjacent temple. The same virtues are found in the building proposed for the Rúa Villavieja. 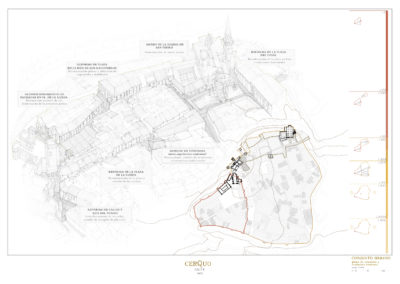 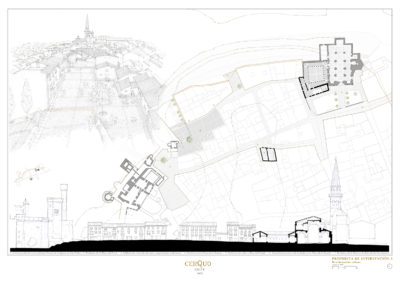 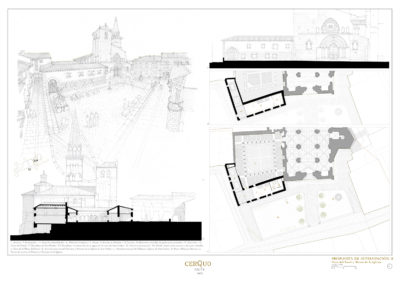 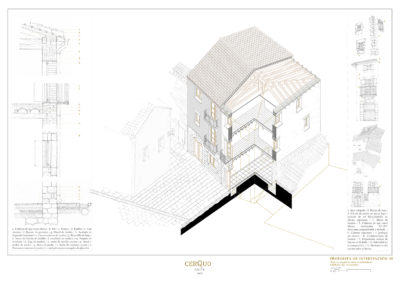 Due to the high quality of the rest of the proposals, the jury has awarded honorable mentions, endowed with 2,000€, to six projects that contribute to the revitalization of these two towns.

In the case of Guadix, the plan was to recover and improve the ensemble that crowns its historical center, around the Alcazaba, the old citadel. However, the jury considered that none of the proposals fulfilled all the objectives and it decided unanimously not to award the competition for this location and to include it in the call for next year.
The Jury, composed of representatives from the Spanish Ministry of Development, Ministry of Education, Culture and Sport, the Consejo Superior de Arquitectos de España, INTBAU (International Network for Traditional Building), the mayors of the three towns, and the Rafael Manzano Prize, emphasized the quality and feasibility of the projects submitted. The winning designs will be showcased at the Arquerías de Nuevos Ministerios, in an exhibition that will open from June 12, day of the award ceremony, until late July.

The Phase One of the Competition for the next year has just been called, so that all the municipalities interested may enter their submissions.